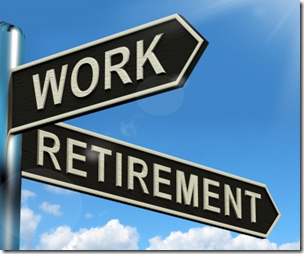 Users are looking forward to that day because Family Tree suffers from some limitations imposed on it by the link to NFS:

Reaction to the announcement has been mixed. One commenter, Christy Satfield, said “Goodbye nFS. You served us well! Many thanks to your creators!”

Another commenter, Alan Tennuchi, said “What a blow this is as NFS is FAR easier to read than the FS site. Even though you cannot add or change anything on the NFS site, I prefer to search it to find information.”

Users expressed a second reason to keep access to NFS. It gives a window into incorrectly combined records. Since NFS doesn’t have a Change Log like Family Tree, users depend on a special page in NFS, the combined records screen, to see what the two records looked like before they were combined. This allows users to manually recreate the two records in Family Tree with the correct information for both their own ancestor as well as the other historical person.

A third reason to use NFS is to identify the sources for a particular fact. If that source was an extracted record from a high quality source, then the film and batch numbers could be used to identify it.

I’ve had a fourth reason why I’ve used access to NFS. It is the only way to see the vital records stored in the membership records of the Church of Jesus Christ of Latter-day Saints.

Regarding the first concern, my experience is that FamilySearch (and Ancestry.com) respond well to specific, well articulated, detailed descriptions of how an old and a new system differ and why the old system is better.

FamilySearch employees and other users responded to the second concern. We have to remember that NFS was built largely on second-hand information from the Ancestral File, International Genealogical Index (IGI), and Pedigree Resource File. A user, Heather McPhie, said that “instead of going to the combined records screen of NFS, why don't we go to the original sources of NFS…As genealogists, we are always taught to go to the original source.” Ron Tanner, FamilySearch product manager for NFS and Family Tree, echoed the suggestion. “Research your ancestor, then you know what the data should be. Then put that data into that person [in Family Tree].”

I found an answer to my own concern. In FamilySearch’s “Dealing With Duplicate Records of People in Family Tree, A FamilySearch White Paper,” dated 21 June 2012, and (as of this writing) available at http://broadcast.lds.org/eLearning/fhd/Community/en/FamilySearch/FamilyTree/pdf/familyTreeDuplicatesWhitepaper.pdf, FamilySearch says:

Consequently, if a record is combined, and then someone changes it, the system chooses one of
the records and stores the changed information on it.

So while I thought I was looking at pristine membership records in NFS, the information may have been inadvertently changed. I shouldn’t have been using NFS for this reason in the first place. (The same is true for any of the records shown on the combined records screen. If you use NFS to fix incorrectly combined records, you are basing your corrections on information that may no longer reflect the source.)

While users made various rebuttals, I think FamilySearch can address the concerns.