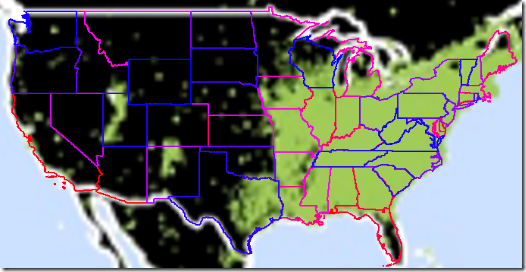 Julie Granka of AncestryDNA recently published a blog article with a world map showing the locations of the ancestors at the center of DNA Circles. (I’ll call them the subjects of the DNA Circles.) I took the DNA Circles map, zoomed in on the United States, and overlaid state boundaries. See the map to the right. The coverage of the Eastern United States is impressive. And coverage is to be expected down the “Mormon Corridor” from southern Idaho and extending along Utah’s Wasatch Front to St. George. Less expected might be the cluster in North-Central New Mexico around Santa Fe and the lack of coverage in California.

Granka provides information that explains some of the anomalies. The circles are placed at the locations of the subjects’ birthplaces. About half of the subjects were born between 1780 and 1820. I think that, consequently, the map is going to reflect population distributions of the 19th century. What follows are details taken from an 1870 population distribution map found on the U.S. Census Bureau website. 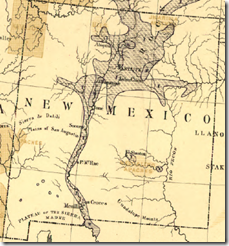 Santa Fe, New Mexico has been continuously inhabited since 1607. As English speakers, we remember Jamestown and Plymouth. Sometimes we forget about Spanish-speaking settlements of the Southwest. Compare the Circles map with the detail of New Mexico from the 1870 population map, to the right.Even as late as 1870, large portions of Texas and Florida were uninhabited. Compare the Circles map with Texas and Florida from the 1870 population map. 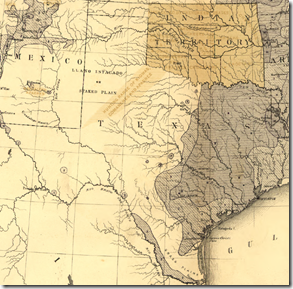 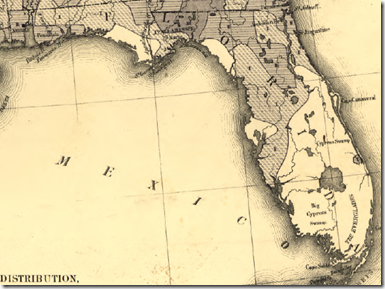 The holes in upper New York and Maine from the Circles map are reflected in the 1870 population map. 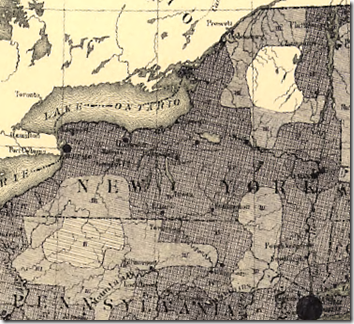 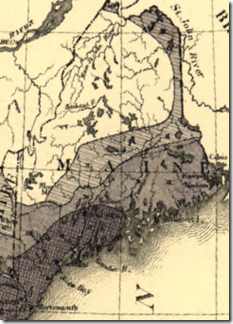 Read Granka’s entire article, “Where in the World are the Ancestors of DNA Circles?” on the Ancestry Blog to see the entire world and read Granka’s thoughts about European coverage. (Notice the difference between France and Germany.)