Owners of Ancestry.com Hoping to Sell 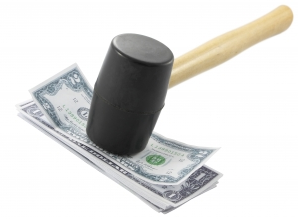 Image credit: Keerati / FreeDigitalPhotos.net
It seems Ancestry.com will soon be on the auction block, according to “people familiar with the matter.” Reuters broke the story last Wednesday, citing sources that did not wish to be identified. Ancestry’s owner, Permira Advisers LLC, has hired an investment bank to perform the auction.

Permira is a private equity firm. Let me see if I can remember how they work. I’m not an expert, so I may not have this completely right. But here’s how I think it works: A private equity firm is a company with expertise in buying and selling stock in privately owned companies. It invites people to give them money with the anticipation that ten years later they will get their money back, plus a profit. The pile of money is called a private equity fund. The firm takes the funds and buys multiple private companies. At the end of the ten years, the people want their money back, plus a profit. If the firm can’t deliver, people get awfully cranky. And they don’t want private shares of Ancestry.com; they want cold, hard cash.

So when Permira bought Ancestry.com back in 2012, it was expected that several years later they would want to unload it. I’ve been told that in the private equity world, three years is a long time. Well, we’re coming up on three years for Ancestry.com.

How much money will Permira make? It is hard to say, but let’s look at one, simplistic measure. In 2012 Ancestry.com sold $334.6 million in subscriptions and was sold for $1.6 billion. That put the value of the company at 4.8 times its subscription revenues. Last year they sold $553.8 in subscriptions. The same ratio would put their present value at $2.6 billion. Like I said, that’s pretty simplistic. Lot’s of other factors will be considered. But the Reuters “people” predicted a valuation of between $2.5 and $3 billion, so my napkin math is reasonable.