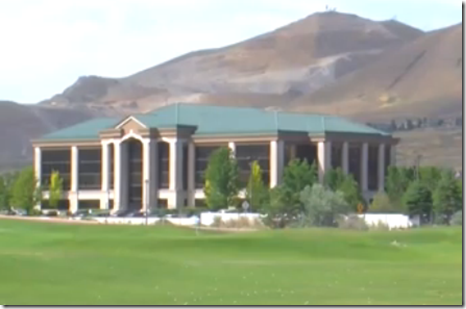 The property at Thanksgiving Point was purchased by the Church with a small portion donated by the Ashton family. Plans for the site have been submitted to the City of Lehi, as required, and meet all zoning and land use requirements. The proposed site plan allows the Church to construct a two-building campus (four stories each) on the property. One will be used as a key facility of FamilySearch International, the Church's family history subsidiary. Included in this building will be a FamilySearch… Discovery Center, which provides a highly interactive experience for the public to explore their family history. The other would be initially used as commercial office property and later as possible expansion space for FamilySearch. The landscaping and architecture of the buildings has been designed to complement the surrounding golf course, residential properties and other Thanksgiving Point venues.

According to documents submitted to the Lehi City Planning Commission, the buildings will sit on 12 acres on Garden Drive near Desert Forest Lane. The land is currently a golf driving range located between the Lehi Front Runner mass transit station and a golf course clubhouse. Each building contains approximately 120,000 square feet.

The site is about 5 minutes from the new Utah headquarters under construction for Ancestry.com at 1300 West Traverse Parkway, just west of the new Xactware building. 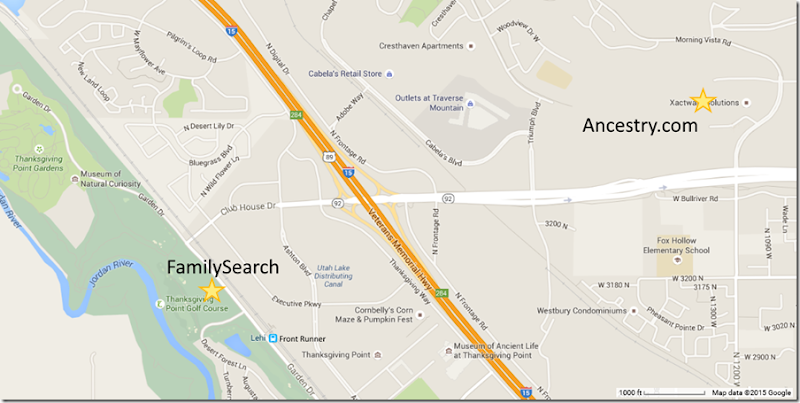 Ancestry announced their new headquarters back on 28 January 2015. Two buildings with a common lobby will sit on a 10.5 acre lot, along with three parking structures.