The big parade in Salt Lake City is the “Days of 47” parade on the 24th of July each year. It commemorates the arrival of Mormon pioneers in 1847. FamilySearch got a brief cameo. One float with a family history theme had a sign sporting the FamilySearch logo hanging from a tree (almost hidden on the left in the photo below). 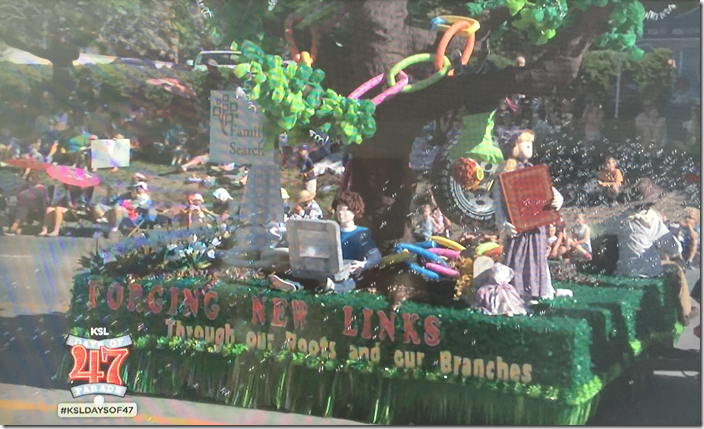 The float included a bubble making machine. The bubbles were too much of a temptation for one little girl. Mom had to run out and grab her. 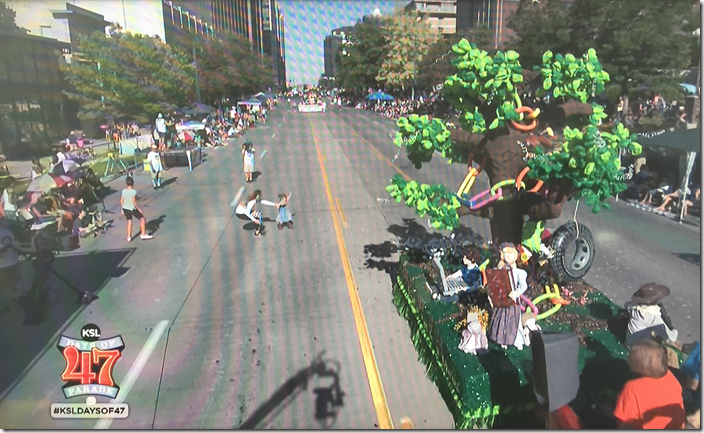 FamilySearch had another couple of tie-ins to the parade this year. The parade passed in from of FamilySearch headquarters, which occupies several floors of the Joseph Smith Memorial Building. And FamilySearch Records Division director, Rod DeGiulio, was briefly interviewed late last night on a local television station as he camped out on the parade route, saving a place for his grandchildren. Way to go, grandpa!