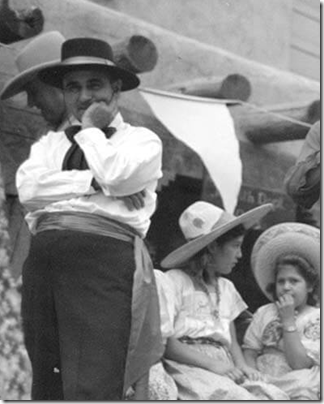 We are pleased to announce the launch of new online services that will help Mexicans and the estimated 34 million Mexican Americans* research their family history.

Civil registration began in Mexico in 1859. Like vital records in the United States, compliance took a few years. Registration was strictly enforced starting in 1867.

These new records are being made available in part through collaboration with the Mexican Academy of Genealogy and Heraldry based in Mexico City and FamilySearch International.

I believe it has existed for some time, but Ancestry also debuted the Ancestry Mexico site.

In another first, the new Ancestry Mexico site will provide a Spanish language experience tailored specifically to Mexicans and Mexican Americans…

Ancestry has been working hard over the past few years to help people of Hispanic and Latino origins discover, preserve and share their family history by making important collections from Mexico searchable online to get them started.

“The new service really unlocks for the first time online, family history research for Mexicans and Mexican Americans, whether you prefer to speak English or Spanish,” said Todd Godfrey, Vice President of Global Content at Ancestry.