At the 2016 BYU Conference on Family History and Genealogy Brian Edwards of FamilySearch presented “FamilySearch Past, Present, and Future (Product Road Map).” 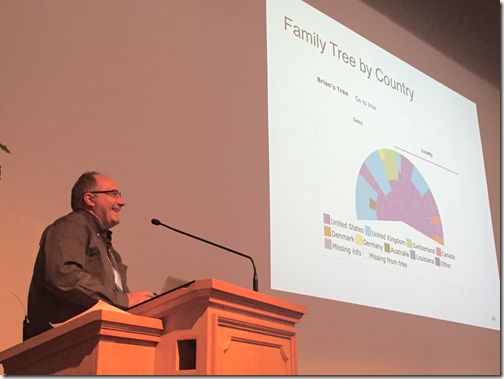 FamilySearch is experimenting with a personalized home page. To try it out, go to familysearch.org/lihp-arches. To permanently use the new design, go to familysearch.org/lihp/arches/1. The page will evolve over time. We’ll show different tasks to different people. We’ll look at what you do and give you tasks that match your skill level. Another section of the home page is “Recent Ancestors.” Another section is a To-Do List that you can create. 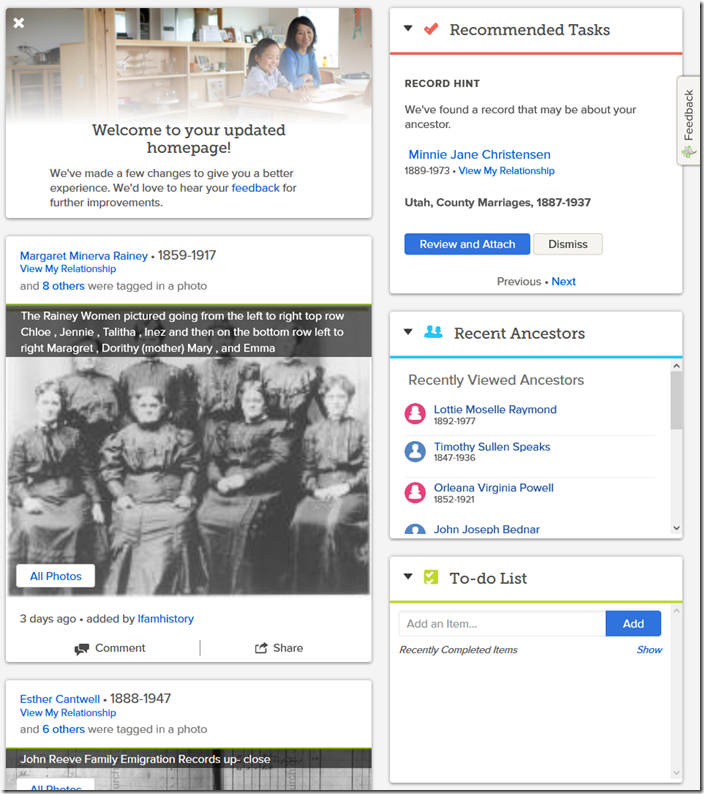 In the new Memories Gallery you can rotate photos. And now there is a list view, launched the week before the conference. It makes it easy to see photos without event dates or event places. In the future, they will allow you to make these changes in place. Today, it jumps to the photo page. 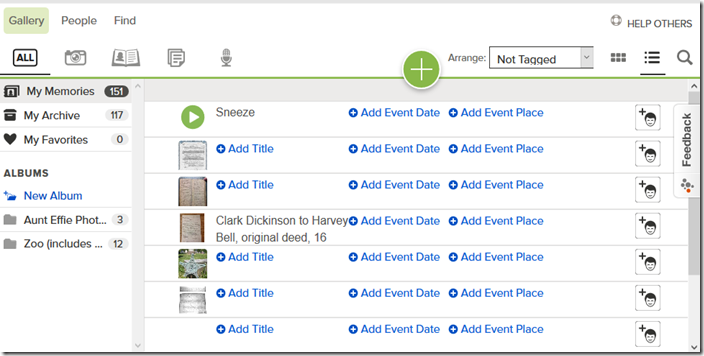 The plan is to limit photos to 5,000 per person, Brian said. But we are seeing good stuff, so we aren’t yet limiting the number.

FamilySearch is always asking, “How do we engage new people in family history?” One of their attempts is Family Discovery Centers. They are trying out new things. One is a station where family members can stand in front of a camera and get a photograph of them standing at various locations around the world. Another station allows you to replace the face on a historical photo with one of your own. Another is a “Are We Related” experience similar to BYU’s Relative Finder. You’ll see some of this migrate onto the web.

The current Family Discovery Center in the Joseph Smith Memorial Building in Salt Lake City has a lot of expensive equipment. FamilySearch is looking at ways to package it into a smaller, less expensive set of equipment for expansion into more places.

Coming very soon is a Helper portal. The portal would help step you through the process taught by Mike Sandberg at RootsTech for helping members of The Church of Jesus Christ of Latter-day Saints become engaged in family history and temple work.

It is now possible to send messages to the contributor of a GEDCOM in the Genealogies section, if the contributor is known. (If a person submitted a GEDCOM to Pedigree Resource File on the old website, but has never registered on the new website and claimed their old submission, the FamilySearch.org messaging system is not able to contact them.)

GEDCOMs have been added to the Genealogies section of FamilySearch.org from the Guild of One-Name Studies and from African Oral Genealogies.

FamilySearch is hoping to provide hints from more record types, even other websites.

A fairly new feature is that when you are about to change information for a person who is being watched, you are informed of the number of watchers.

Badges are relatively new. They indicate your ancestor belonged to a historical group around which FamilySearch did an email campaign. They appear along the right-side at the top of the person page.

FamilySearch decided delete person was too powerful. You can no longer delete a person unless you added the person and no one else has made changes to it.

We had built Family Tree on a system that was supposed to scale for a long time into the future, Brian said. We built a system for 10-time the traffic we were then experiencing. It ought to have lasted for decades. We since exceeded that by 20 times. We needed to build a new system that handled all that traffic. We’ve made the transition and the system is now out in the cloud. We can add servers as traffic changes. We moved all the data to a new Family Tree database. We’re still ironing out a few things. For the most part it should be pretty fast on Sunday. If you couldn’t merge before, for the most part you can merge now. With the new system we can add things that we wanted to but couldn’t because of capacity, Brian said.

FamilySearch is working on the future of the messaging system. They are looking at