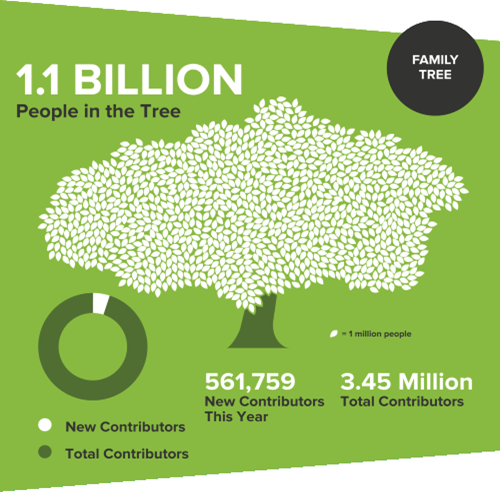 [THE INDICATED BULLET WAS UPDATED 14 JANUARY 2017 TO ELIMINATE MY BAD MATH.]
FamilySearch recently published a review of their 2016 accomplishments, just as they did last year for 2015. As I did last year, I thought I’d present the information here, along with commentary, and a comparison with their 2015 accomplishments. I found a few surprises.

In 2016, FamilySearch made Family Tree more stable, made it possible to merge duplicates, added more record hints, made record hints more accurate, added user-to-user messaging, and broadened the ability to identify your relationships to persons in Family Tree. 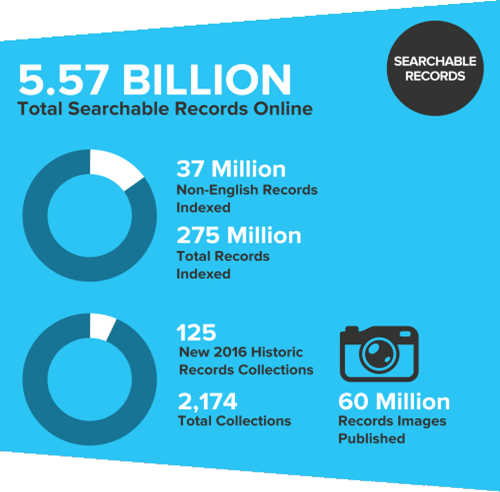 “Millions more searchable records were added this year as employees and volunteers digitally converted FamilySearch’s vaults of microfilm for online viewing and added millions of new record images from archives across the globe,” wrote FamilySearch’s Diane Sagers. “Partnerships formed with other genealogy search companies, such as Ancestry.com, FindMyPast.com, and MyHeritage.com, broaden its searchable databases.”

Around the world, 320 camera teams digitally preserved over 60 million records in 45 countries. FamilySearch reworked the U.S. census collections in 2016.

FamilySearch, along with the Smithsonian National Museum of African American History and Culture, other organizations, and 25,000 volunteers, indexed and published records from the Freedmen’s Bureau. “These records are pivotal for African American research because they document freed slaves and others who struggled to redefine themselves after the Civil War.”