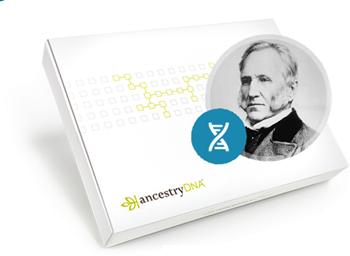 It took them 11 months to get the next million. (See “AncestryDNA Database Reaches Two Million” on 28 June 2016.)

They have grown another million in just seven months. (See “AncestryDNA Surpasses 3 Million Customers in DNA Database” on the Ancestry blog from 10 January 2017.) That’s astonishing. Every day the AncestryDNA database gets more and more valuable.

Somewhere along the line, AncestryDNA gave their home page a facelift, which I hadn’t noticed: 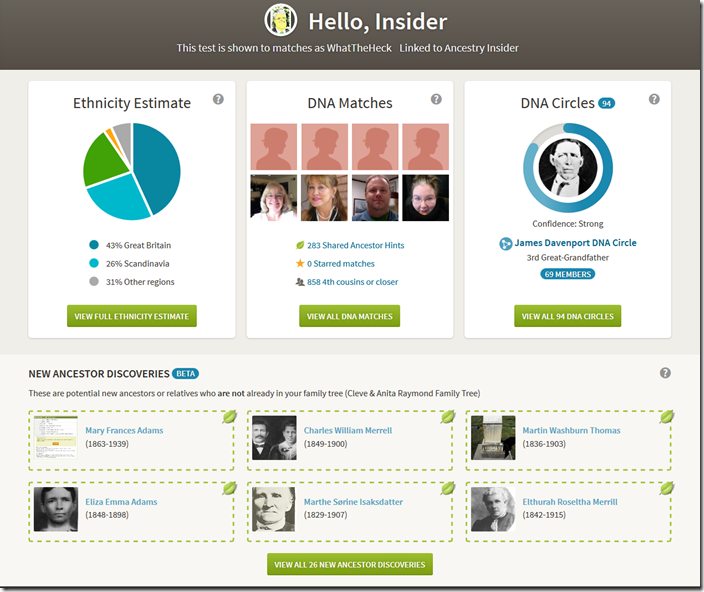 Perhaps it was to make the page adaptable to small devices. On a smartphone, the three boxes neatly stack on top of each other.

One thing it can do is map your ethnicity (below, left). 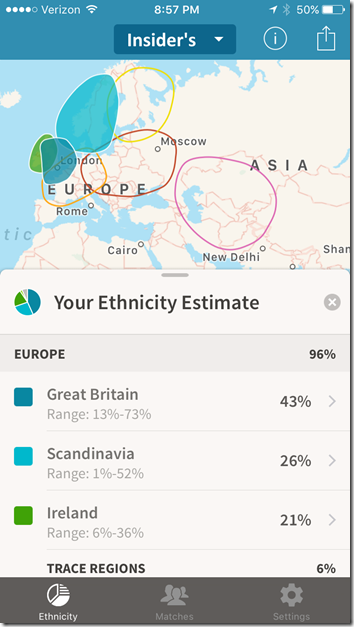 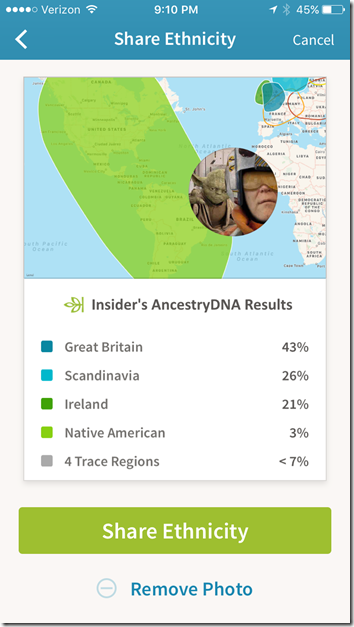 And it can share your ethnicity (above, right). That’s useful marketing for Ancestry.

But it can’t do any serious genealogy, like review your DNA matches. The matches icon at the bottom leads straight to a browser link (below left). (Gosh, I have 18,200 matches! I’m related in a measurable, DNA way, to almost 1% of the 3 million people in the Ancestry database. My Viking ancestors really got around!) 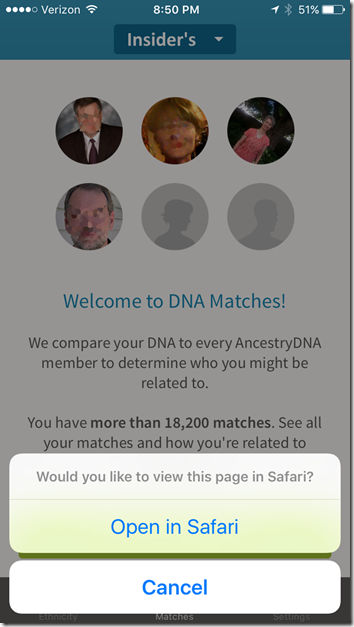 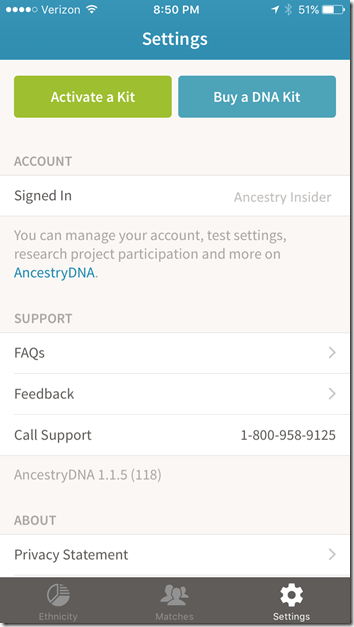 The final navigation icon, Settings, leads to the screen above right.

Perhaps we’ll hear more about this app when it comes a littler further along. The app is free and is available now in the iTunes app store and the Google Play app store.