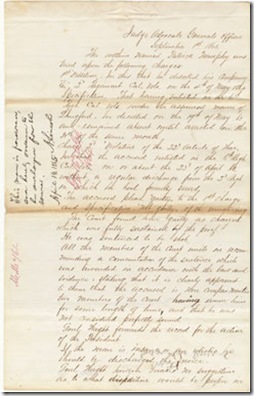 The National Archives recently revealed that a noted Lincoln scholar jump-started his career by changing the date on a pardon signed by Abraham Lincoln.

Thomas Lowry changed the date from April 14, 1864 to April 14, 1865. The new date suggested that Lowry had discovered the last document Lincoln ever signed previous to his assassination.

We don’t like to think that anyone can be dishonest. But sometimes original records are tampered with. You must follow genealogical best practices: Always find multiple sources evidencing a conclusion. Always investigate dissenting evidence. Because sometimes records say the darnedest things.