At the close of his keynote address Thursday, Dennis Brimhall, FamilySearch president and CEO unveiled a new logo.

FamilySearch employees were not given a chance to see the logo before the general public. Upon inquiry, someone said it was because it has not been finalized. I don’t know how authoritative that source is.

The animation in Brimhall’s presentation suggests that the logo represents FamilySearch’s new emphasis on photos and stories. Photographs from his story about his father morphed into the shape of the tree logo: 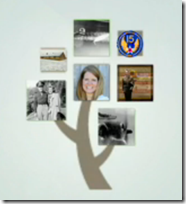 On a different note, you’ll recall that last week I wrote about next year’s expansion of RootsTech. (See “FamilySearch Gives RootsTech Bloggers Sneak Peak.”) In his keynote, Brimhall showed maps visually showing the scope of the increase.

This year FamilySearch is broadcasting sessions out to 16 satellite locations in seven countries, with translations into native languages. The expected reach is another 4,000 people. 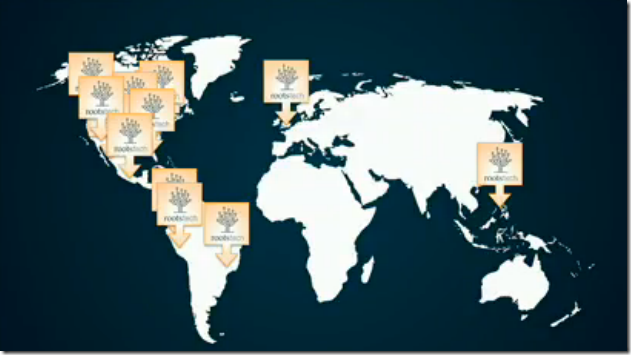 If the experiment is successful, next year FamilySearch will expand that to 600 locations with an expected reach of 120,000 people! 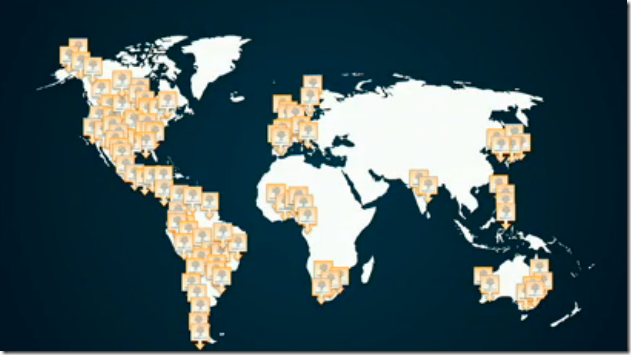 That is a wow moment.