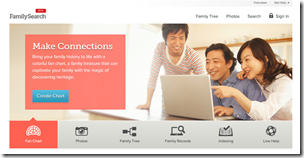 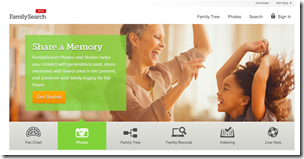 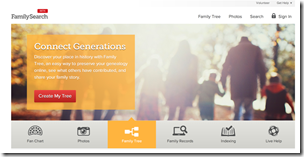 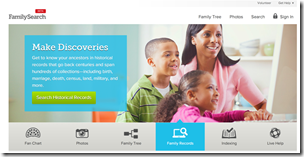 “If we can get you to fall in love with your ancestors then we’ve succeeded,” said Dennis Brimhall about FamilySearch. Brimhall, president and CEO of FamilySearch, International made the remarks Wednesday evening to RootsTech official bloggers. Only a small percentage of the world does genealogy. Even among members of FamilySearch sponsor, the Church of Jesus Christ of Latter-day Saints, participation falls below 10%. FamilySearch aims to increase that tremendously. Brimhall said that FamilySearch plans to appeal to a wider number of people by engaging users in a richer experience of stories and photographs, not just names, dates, and places.

And he announced big plans for RootsTech. This year’s event has about 4,000 attendees, plus about 2,000 family history consultants, plus another 1,000 young people in activities just for them. (See my article, “RootsTech 2013 Genealogy Conference.”) This year FamilySearch is experimenting broadcasting sessions out to 16 satellite locations in seven countries, with translations into native languages. (See my article, “Sort-of RootsTech Kansas City.”) The expected reach is another 4,000 people. If the experiment is successful, next year FamilySearch will expand that to 600 locations with an expected reach of 120,000 people!

Ben Bennett of FamilySearch characterized current FamilySearch efforts as inviting more people into the tent. He showed a new FamilySearch website design that is expected to be available in coming weeks and months. The new website uses warmer colors and a photo carousel to draw users in. (See images, above). 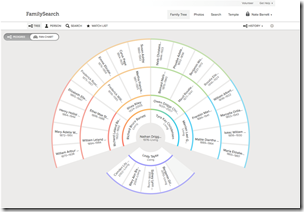 The new website will consist of six main areas. One is interactive fan charts. (Click on the image to the right for a larger view.)

Another is photos and stories. (See my article, “FamilySearch Photos.”)

A third is Family Tree. For those already in the tree, selecting this option opens the tree directly. Those not yet in the tree are prompted for information about themselves, their parents, and so on and the information is automatically added to the tree

The final three areas are: Family Records (formerly Historical Record Collections), Indexing, and Live Help. Live Help encompasses everything from the Learn and Help areas of the current website.

Finally, Bennett disclosed that FamilySearch has designed a new logo. And while we were shown it, we were asked not to publish it until after Dennis Brimhall had introduced it publicly Thursday morning.

Bennett promised that we would not be waiting for and talking about these new features next RootsTech. These features will be here in the next weeks—and months.