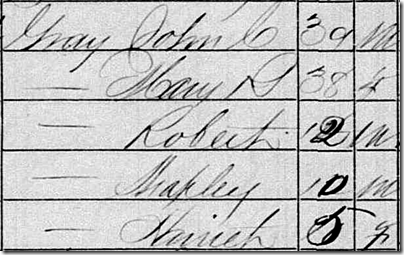 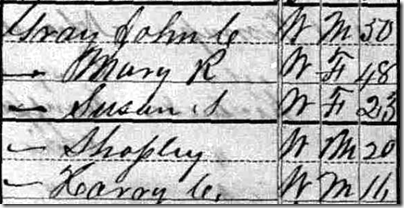 “Harriet Gray, a female born about 1865 in the 1870 census, has become Harry, a male,” wrote Melinda Daffin Henningfield in an article about the family.3

Other, independent, evidence corroborated the name “Harry.” At that point, I would have been all done. Problem solved.4

But the genealogical proof standard requires another step: resolution of conflicting evidence.5

That step had always been a bit of a mystery to me until Thomas W. Jones’s book, Mastering Genealogical Proof.6 In my mind a matter is not resolved until it is proven. Jones clarified what is needed. “Resolving the conflict requires us to separate the evidence into likely-correct and likely-incorrect answers, discard the incorrect answers, and justify or explain that separation and discarding.”7

In Melinda’s article, I saw this practice in action. She wrote,

Simple, direct, and a reasonable explanation for the conflicting evidence.

Thank you, Melinda for helping teach me about resolution of conflicting evidence.

4.  I wrote about growing knowledge and practices—maturity—in a series of articles. “Genealogical Maturity Model,” The Ancestry Insider, blog (http://www.ancestryinsider.org/2010/10/genealogical-maturity-model.html : accessed 4 May 2014). This post contains links to the other articles in the series.

7.  Ibid., 74. He continues with three situations in which the reasoning can be applied. I’ll not detail them here. Buy the book.