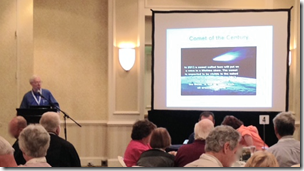 Ison started by reminding us about last year’s Comet ISON. The comet made lots of news. It was reported it might become brighter than the moon. While we ate Thanksgiving it grazed the sun and perished. Once it was gone, memory of it faded fast.

One day Ison had a realization. “I am the linking pin between my grandparents and my grandchildren.”

A New York Times article has results from a study done at Emory University by Marshall Duke.

The more children knew about their family’s history, the stronger their sense of control over their lives, the higher their self-esteem and the more successfully they believed their families functioned. The “Do You Know?” scale turned out to be the best single predictor of children’s emotional health and happiness.
…
Dr. Duke said that children who have the most self-confidence have what he and Dr. Fivush call a strong “intergenerational self.” They know they belong to something bigger than themselves. (Bruce Feiler, “The Stories that Bind Us,” The New York Times [http://www.nytimes.com/2013/03/17/fashion/the-family-stories-that-bind-us-this-life.html : published 15 March 2013])

Ison has a box of photographs that was handed down to him for safekeeping. He said something that reminded me of the role of archives. Our keynote speaker, Sandra Treadway, noted that archives have a duty to preserve artifacts and also make them accessible. Ison said that keeping the box safe “preserves but doesn’t provide access.”

So he digitized them and uploaded them to the FamilySearch Family Tree. “Now they are accessible anywhere in the world,” he said. “They are in the cloud.” He’s also uploaded their stories, several of which are the discoveries of a lifetime of research. 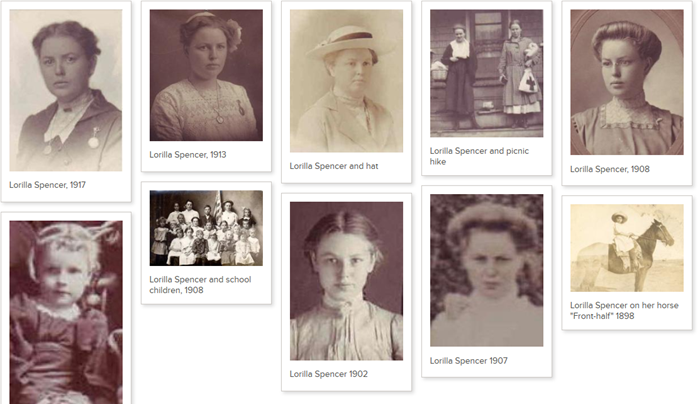 Now he sponsors the Annual Ison Ancestor Challenge. He assembles some intriguing questions answered in the stories. For example, what unusual piece of equipment was issued to Lorilla when she became a school teacher?

He’s printed out a copy of the stories. This printed book has become a favorite source of bedtime stories.

He’s created crossword puzzles, a bingo game, and other games.

By the end of his presentation I understood his point about comet Ison. Once we are gone, our memories of our ancestors are gone as well, unless we capture that information and pass it to our descendants. “Be the intergenerational connection for your posterity.”