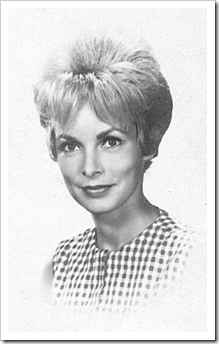 My thanks to Whitney Petersen who pointed me to some interesting records in the “Brazil, Rio de Janeiro, Immigration Cards, 1900-1965” collection on FamilySearch.org. It seems many famous people have travelled to Brazil over the years.

Orson Welles went to Brazil in February of 1942 to film "Carnaval" (also known as "The Story of Samba"), which was supposed to be an episode for his film, It’s All True. Click to see which of his three wives was married to him at the time. 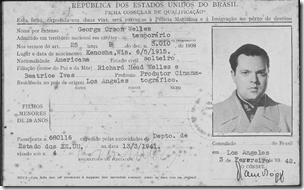 Welles returned to Brazil a couple of months later to direct another episode, "Jangadeiros" (also known as "Four Men on a Raft"). He must have been a workaholic. See which of the Big Five he lists as his place of residence. 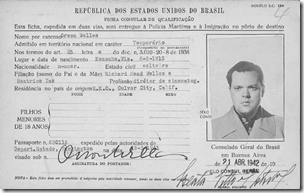 In 1940 while in Brazil promoting his film, The Sea Hawk, a romantic swashbuckler campaigned for Pan-Americanism and against Nazi alignment. At the end of his visit he arrived back in Hollywood on a stretcher. 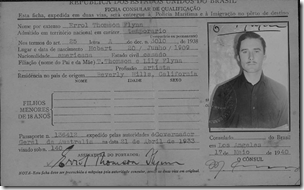 Visiting at the same time, another young actor was described as “inelegant, wearing old and very crumpled clothing.” (See Antonio Pedro Tota’s 2010 book, The Seduction of Brazil: The Americanization of Brazil during World War II, pp. 82.) 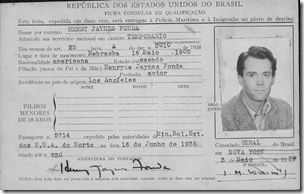 Errol Flynn returned to Brazil in 1954. His Hollywood career had ended in 1950. He went abroad and in 1954 produced and starred in Crossed Swords. Click to see where he resided at that time. I wonder if this hotel’s owner knows of the connection. Recognize this cute, two year old girl? Search for her address on the web and you may discover other celebrities that lived previously in her Beverly Hills mansion. 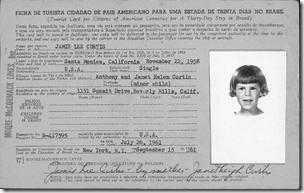 She was travelling with her famous father… 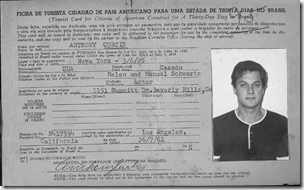 …and mother. It was on that trip that Janet met Jorge Guinle. 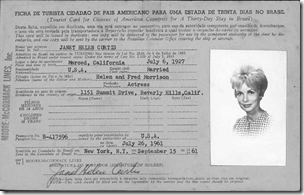 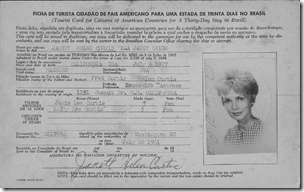 Another star linked to Jorge Guinle visited Rio in February of 1962. Tony Curtis stared as Antoninus in Kirk Douglas’s 1960 movie, Spartacus. That same year, Douglas obtained his Brazilian immigration card. The origin of the name of his movie company, Bryna Productions, can be seen on his card. 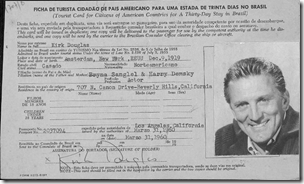 A few months before the February 1948 release of Bob Hope’s Road to Rio, he was, literally, on the road to Rio. He travelled to Brazil with his wife and two of his children. 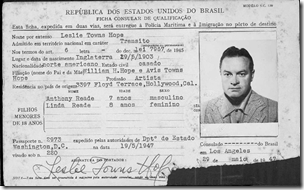 Some clerk couldn’t resist the urge to take this souvenir. 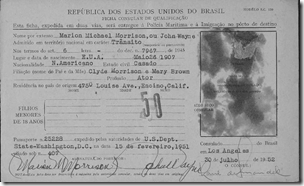 Members of FamilySearch sponsor, the Church of Jesus Christ of Latter-day Saints, will be interested to see a number of apostles and prophets in the collection. 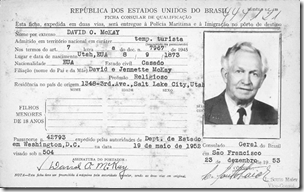 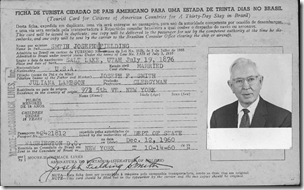 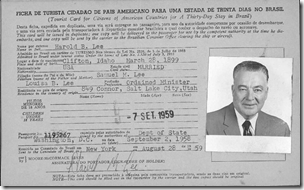 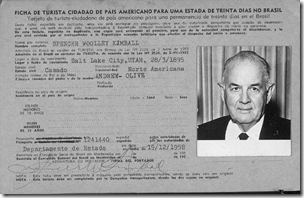