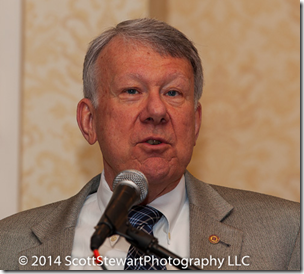 Jones’s lecture was a breakthrough for me. Maybe I’d missed the point when it came to case studies.

“Nobody wants to learn about somebody else’s ancestors,” Jones said. He was reading my mind!

My friend Terry presented several NGS lectures this year. One was a case study titled “Upside Down Migration: South Carolina to Nova Scotia to New York.” Why would I want to hear about Terry’s ancestors migrating from South Carolina to Nova Scotia? And assuming they made it that far safely, why would I want to follow them the rest of the way to New York?

Conference lectures are only one place I’ve run into case studies. My friend Laurel’s article in the June 2013 National Genealogical Society Quarterly is titled “Parentage of Martha Smith of Alabama and Mississippi: Overcoming Inconsistent, Incorrect, and Missing Records.” Do you think I care who Martha Smith’s parents are? I could care less! (I know that phraseology bugs some of you. I’m just seeing if you’re paying attention.)

Ironically, I’d also run into case studies when I took Tom Jones’s course at the British Institute in Salt Lake City. Now here he was at the NGS conference telling me that people are not particularly interested in other people’s ancestors.

“[A case study] is told for the purpose of teaching a technique,” said Jones, “What can be learned about the methodology and the records.”

That was an “aha-moment” for me. Genealogy is all about sources and research techniques and case studies teach about both. Case studies are like mysteries that draw you in, said Jones. Unlike a mystery, however, you learn the answer at the beginning and then learn how the author solved the mystery.

Isn’t that a better way to learn than sterile study?

Speaking of “ahah-experiences,” Jones mentioned that epiphanies occurring during your research may indicate you have a candidate of your own for publication as a case study. Other good bases for case studies are doing something special to solve a problem, using unusual records or using records unusually, or solving a problem about unusual ancestors or unusual situations.

Don’t those sound like interesting ways to learn about methodology and records?

The title might reference both narrative and the lesson being taught. That explains the long title of Laurel’s article. While it addresses the subject, the “parentage of Martha Smith of Alabama and Mississippi,” it does so to teach research techniques, “Overcoming Inconsistent, Incorrect, and Missing Records.” I’ve had to deal with missing records. If there’s a technique that worked for Laurel, maybe it would work for me!

The introduction might reference both narrative and lesson being taught. The introduction from Terry’s syllabus states both “a New York born confectioner’s Halifax marriage reveals his Canadian wife’s South Carolina roots” and “Loyalist records uncover her family’s unusual migration.” The first is just a vehicle to teach the second. This lecture might help me on a number of fronts. Could unusual migrations be causing any of my brick walls? Could Loyalist records help me with any of my research?

Yup. I had missed the point.