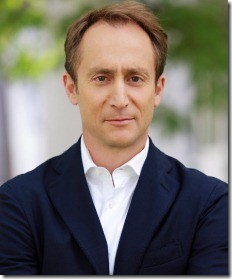 On 30 September 2015 Ancestry.com’s Howard Hochhauser gave a presentation at the Deutsche Bank Leveraged Finance Conference. I took extensive notes, approaching a full transcription. I’ve reordered and gathered the material into subjects and left out most of the financial information. I’ve divided my report into two. This is the first part. The second part will come next week.

Howard Hochhauser is the company’s chief operating officer (COO) and chief financial officer (CFO). As COO he runs the company under the leadership of the chief executive officer (CEO), Tim Sullivan. Howard has been with the company for about three years now. Their mission is to help everybody discover, preserve, and share their family history. While he feels like they’re not very good yet with the share part, they are working on it. Ancestry created and leads the family history category.

They have 2.2 million subscribers. Over the holiday weekend alone they acquired 10 thousand new customers. Customers pay, on average, between $19 and $20 a month. More than half of the subscribers have subscription lengths of 6 months or longer. Ancestry’s lifetime revenue from subscribers is about $250. A third of the people that come to the service have previously been with them.

Demographics are biased towards female. In the US, more than 60% of subscribers are female and that continues to grow. The average age is over 55.

The business is somewhat seasonal. Over the summer people tend to tune out. That gets worse in the 4th quarter as people focus on the holidays. That’s the slowest time of year. It’s not unusual for their total number of subscribers to go down during December. Right after Christmas there is a massive uptake, which continues through the winter. TV shows and marketing efforts tend to move that around a bit. They sponsor four of them, most notably Who Do You Think You Are. That has made August a great month.

Roughly 50% of those that try out the 14 day free subscription continue as a paid subscriber. (That’s called bill-through.) Retention rates among the higher costing subscriptions are not materially different.

Revenues are $644 million. EBIITDA margins approach 40% (which most of you are not familiar with nor care about). This is a very high margin business. Compounded annual growth rate is mid- to high-teens with expanding EBITDA margins.

Marketing costs are roughly $150 million a year. They feel like they’ve made some marketing missteps this year that affected revenues. (He didn’t share what those were.)

They recently posted a dividend. Since being private they have paid out over $260 million to shareholders. Tim and Howard own upwards of 10% of the company. (You do the math.)

They do about 30% of their business internationally. The UK is about half of that, generating roughly $70 million in revenue. The rest is Canada, Australia, and the rest of the world. (I wish I could have seen the slides, so I would know the shares for those last components.)

Mexico and Germany are the next two markets they are going to enter. (I see that http://www.ancestry.mx/ and http://www.ancestry.de websites are already live.) Ancestry launched the Germany product on 1 October 2015, Unification Day. The launch into Mexico and Germany is mostly to appeal to those new markets and partly to benefit existing markets. Germany is the largest source of US immigrants. Over time, they predict that the size of their business in Germany should mirror that of the UK. They’d love to create another $50 to 70 million business.