October is Family History Month and Ancestry.com is sponsoring a number of activities to celebrate. Besides the Find A Grave Community Day on 17 October 2015 (see “Find A Grave’s Community Day 17 October 2015”), they are broadcasting several webinars, doing some social media giveaways (follow their Facebook page), and sponsoring a Pinterest contest. For more information, see “Welcome to October Family History Month 2015” on the Ancestry Blog.

I have a lot of interest in source citations. And I’m not a fan of the citation capabilities of Ancestry.com. So I hope to find some time to watch Ancestry’s YouTube video: “Crafting Source Citations in Your Ancestry Tree.” I’m especially disappointed that New Ancestry doesn’t support non-Ancestry sources in the facts timeline. You’d think they would want people to contribute their scans of source documents.

FamilySearch’s new Indexing program has been “almost here” for several years. FamilySearch has now said that starting in June they’ve been rolling the system out to a limited set of users. That number is up to 4,000. This number is gradually growing, but by invitation only. For more information, see “What’s Happening to the New Indexing Program?” on the FamilySearch blog. 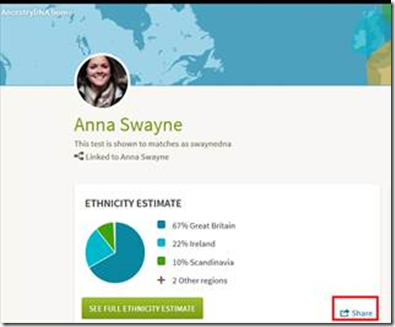 I’ve not yet reported on the results of the FamilySearch Indexing global “Fuel the Find” event held back in August. While they fell short of their 100,000 indexers goal (they had 82,039), they achieved several milestones: 12,251,870 records indexed and 2,307,876 records arbitrated. Volunteers achieved an 89% increase in non-English indexing.

“We are thrilled with the number of people who are fluent in a non-English language who accepted the challenge to index records in that language,” said Courtney Connolly, FamilySearch digital marketing manager. “If volunteers will keep up this rate of non-English indexing and arbitration, we’ll soon see people everywhere experiencing the same success in finding their ancestors that English-language researchers enjoy.” Volunteers did 2,183,212 non-English records including 1,380,684 in Spanish, 147,568 in Portuguese, 226,734 in French, and 116,835 in Italian.

FamilySearch.org has twenty times more records in English than in all other languages combined. “There is a huge and growing need for English speakers who are fluent in a second language, and native speakers of non-English languages to learn how to index. Tens of thousands of new volunteers are needed to keep up with the opportunity to index the world’s records,” said Connolly.

FamilySearch shared accomplishments in a PDF file. Here’s a snippet: 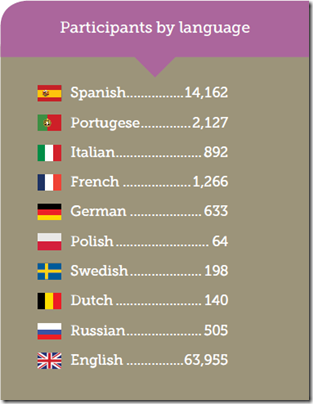