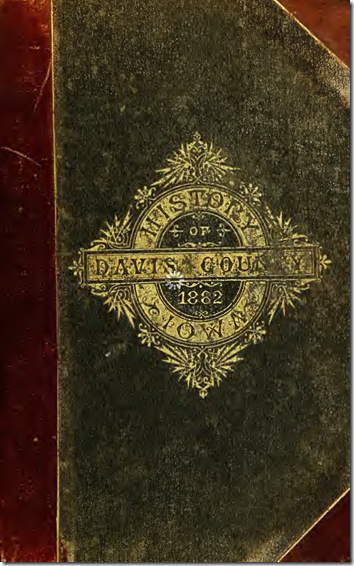 Members of The Church of Jesus Christ of Latter-day Saints—Mormons—are known to be “big on genealogy.” So when a Florida family had to dispose of their deceased parent’s genealogy books, they naturally thought of the Mormon neighbor. However, not all Mormons are “big on genealogy.” So the neighbor hauled the small stack of books in to the local FamilySearch Family History Center at a Church meetinghouse. Kirk Lovenbury, thanked the woman, and then set the books aside while he continued working on another project.

About an hour later another woman showed up. She had never been to one of the Church’s meetinghouses before, but thought the Mormons might be able to help her with her genealogy. She outlined her ancestry back to a rural Iowa county where her research was stuck. As she spoke, Kirk kept saying to himself, “Where have I heard that name before?” Then it hit him: the new stack of books.

The fourth book down was a history of the visitor’s Iowa county. It not only gave information about her ancestors, but it outlined their ancestors back to colonial times.

You have to understand that most FamilySearch Family History Centers have very small book collections. Even more rare is a Florida center with books about small Iowa counties. Even rarer still is a woman coming to a center an hour after the book she needs in particular has been donated to the center.

“A miracle had taken place right there in front of me,” Kirk says.

We call that, Serendipity in Genealogy.