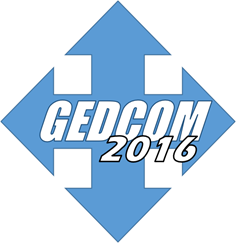 For many years users have hoped for a GEDCOM standard extension that would enable the reliable transfer among genealogy programs of sources, citations, and media. Users and vendors alike have looked to FamilySearch to spearhead a community effort to upgrade GEDCOM to do just those things. Several attempts by just the community, and several attempts by just FamilySearch, have failed. Now, after several missteps, FamilySearch and a team of vendors together have successfully extended the standard and it looks like it will finally succeed. FamilySearch and a small group of vendors will announce today (or may have already done so by the time you read this) the GEDCOM-2016 standard.

GEDCOM was created by The Church of Jesus Christ of Latter-day Saints and released to the genealogical community in 1984. It was actively supported and updated for a number of years. After version 5.5 in January 1996 support waned. GEDCOM.org was abandoned and the GEDCOM specification was removed from FamilySearch.org. FamilySearch discontinued testing and registering compliant products.

Since then, FamilySearch has made several missteps in trying to replace the GEDCOM standard. They attempted to produce GEDCOM 6.0 in 2001 and started pushing GEDCOM X in recent years. I think both were pretty much new standards in GEDCOM clothing. They were much more complicated than the original and were expensive to implement. Neither FamilySearch nor other vendors ever produced products that would import or export GEDCOM 6.0 or GEDCOM X files. Version 5.5 remains the de facto standard 20 years later.

That is, until now. With GEDCOM-2016, FamilySearch has returned to their roots (so to speak). It is totally downwards compatible.

“These extensions were so straight forward, Mike and I implemented them all last Wednesday," said Bruce Bush, developer and owner of Enchanted Roots. “By keeping the data model simple, they finally came up with something anyone can implement.”

GEDCOM has human-readable lines of information beginning with four letter keywords like BIRT, DEAT, CHIL, HUSB, and WIFE for birth, death, child, husband, and wife. The new standard adds to these, as well as bringing back the compatibility testing and vendor registration.

In addition to addressing the lack of standards regarding sources, citations, and media, GEDCOM-2016 adds support for DNA.

The author of the “Dear Aunt Pearl” website has been a driving force in user efforts to establish GEDCOM extensions to address these needs. When I asked her opinion on this newest attempt, she said, "This is great. This is the GEDCOM extension that genealogists have been waiting for for a long, long time. I am so grateful that FamilySearch has stepped up to make this happen. Inclusion of DNA results is icing on the cake. This is wonderful."

Some of the newly added four-character GEDCOM codes are:

Are there other codes you’d like to see implemented?