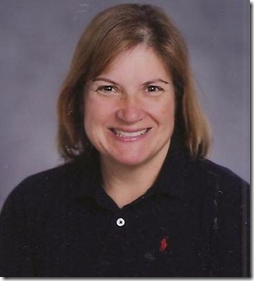 Applicants for certification from the Board for Certification of Genealogists are sent a photocopy of a random document for analysis, much as they might analyze a document provided by a client. Lori Samuelson, author of the Genealogy at Heart blog, received a document from a nearby county, less than three hours away. Since an actual document might yield more clues than a photocopy, Lori decided to drive over and check it out.

“My first call was to the courthouse,” Lori said, “but I was told by the operator that they didn't have old records and I needed to call a different office.”  The next person told her that all the records were online. (I fear we’re going to run into that one more and more, even when not true.) Further, once the records had been digitized, the originals had been destroyed! (I’m even more fearful that we’re going to run into that one, and it will be true!) When Lori told her that the record she needed was not online, the staffer didn’t quite know what to say, but suggested checking with the local historical society.

“The first person I spoke with there said she had no idea where the record I needed was and she would have someone call me back.”  After waiting several hours, Lori called again. The woman she had spoken with had left for the day, so she started over with a different person. Fortunately, this person was more knowledgeable. While the society had the document on microfilm, the original was at the courthouse. One of the benefits a local society brings to the table is they know who is who, so Lori asked who she should speak with.

This time Lori called the records department. The records clerk didn’t know what to make of the request and had to speak to a more senior staffer. “The older employee wanted to know why a fortune teller wanted the record.  Huh?!” Apparently, the first staffer didn’t know what a genealogist was. (I think Elizabeth Shown Mills identifies herself as a historical biographer to set a higher expectation of professionalism and to avoid such misunderstandings.) “Clearly I'm not a fortune teller or I would have knowledge of where I'd find this record!” Lori said. They both had a good laugh. The staffer told Lori to come Monday morning at 8:00 AM, but to be prepared to be disappointed.

It was mid-morning on Saturday when Lori got an unexpected call. The historical society had found the record; it was in their library. And while they would not be open on Monday, they would be open until 5:00. “I was running errands but dropped everything to drive the 2+ hours to get there before they closed,” Lori said.  “I am so glad I did!”

When she arrived, there were only two people there, an employee and a volunteer. After examining and digitizing the document, Lori started chatting with the volunteer. She hadn’t originally planned on being there that day, but had just switched her hours. As they talked, they happened to learn that they were both from the same state.

“Turns out we're related in three lines (Lamphere, Kuhn, and Duer) through our great grandfathers!” Lori says. “I wasn't close to my Dad's side growing up and have never met any of his relatives, so this meeting was especially sweet.”

When I got the call on Saturday that the record was available I couldn't believe it. That alone would have made my day but to meet a relative who just happened to switch her volunteer hours due to the holidays, well, I think this was meant to be.”

That’s what we call a lot of hard work, and a little serendipity in genealogy.

Thank you, Lori, for permission to retell your story. To read Lori’s story, complete and in her own words, see “A Transcription Treat” on her blog, Genealogy At Heart.