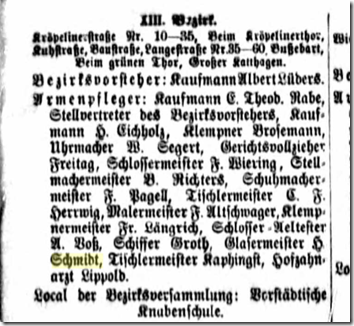 And I’m guessing it is German city directories.

Ancestry has nearly 700 German city directories but has yet to apply the technology to them. “The main challenge with German is the common use of the Gothic or Fraktur font when printing,” says Laryn Brown, Ancestry product manager. “This special script-like font is particularly difficult to recognize using the best OCR [optical character recognition] tools available today. Words and especially names can be misread as many of the characters in this special font are extremely similar.”

“When these records are finished, a random list of German words in a very difficult-to-read font will have been turned into a set of records about people that looks a lot like an annual census,” said Laryn.

This new collection will become available over several years and will include millions of pages of new content.