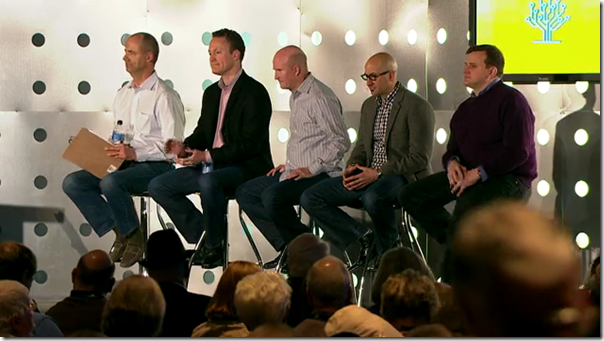 “What is the single thing that you think will be most different in 10 years,” Sullivan asked panelists. “A frictionless user experience so I can get on with the business of discovering my family history and not figuring out the website,” replied Scott Sorensen. The audience enthusiastically indicated their agreement.

But in a recent study they found new users weren’t connecting to the content. Consequently, Ancestry is developing a new image viewer. The trappings around the image are minimal. Ancestry demonstrated the viewer for us. It is currently in beta test on the 1911 English Census but will soon be available on 1930. 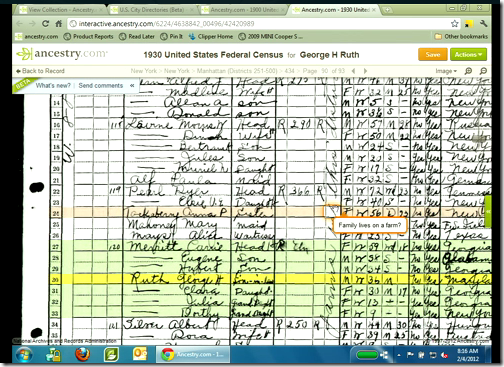 Ancestry also showed technology it has developed to make city directories more accessible. Normal OCR produces “a bag of words.” Ancestry’s semantic extraction software takes the bag of words and classifies areas of the image that contain names. It recognizes that the image is a city directory and that surnames are printed first. It picks out the names and puts them together.

Ancestry showed us a live demo. It took a couple of minutes, but the software successfully extracted the names from an image. 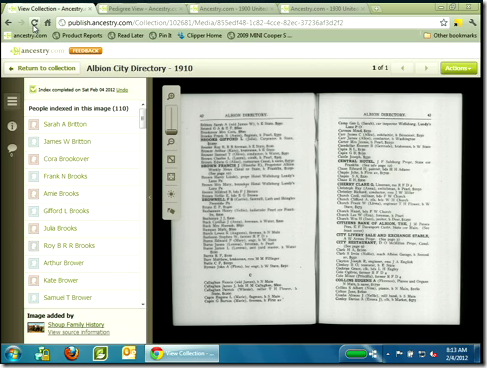 “Clearly those are examples of technology behind the scenes to make the user experience easier,” said Sullivan.

Ken Chahine and other panelists were obviously excited about the “Soon to Be Launched but We’re Not Going to Say Anything About it DNA Product.”

”We’re in the midst of a revolution that most people are not aware of,” Chahine said. We’re going to be able to tell what town an ancestor lived in and when they lived there. Chahine and his team of computational biologists are utilizing the rate at which gene mutations occur and analyzing millions of genetic markers from living people. Sorensen and his team will develop software to implement the resulting models. Ancestry will utilize cloud computing to implement massively parallel algorithms to analyze users’ DNA.

Eric Shoup said the acceptance of the Ancestry mobile app has also inspired Ancestry regarding people’s interaction with the computer. Since its introduction, the app has been downloaded 2 million times. That’s more than Ancestry’s 1.2 million worldwide subscribers.

Sixty percent of downloaders are registering for an Ancestry account. Two million hints have been accepted via mobile. One million photos have been uploaded. Twelve percent of all visits are from mobile devices. “This totally blows me away.”

“Mobile is the future. It is our most personal device,” he said. “we’re going to start building our new products on mobile first.” This forces them to understand better what the user truly wants.

“Innovations today are coming at a faster pace than anytime I have ever seen,” said Sullivan. “We’re in a fantastic era right now in family history.”