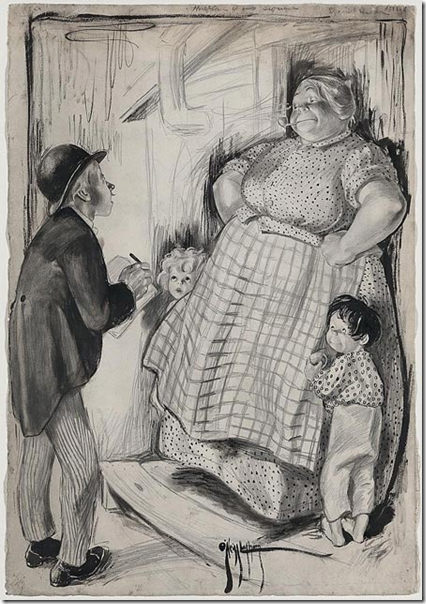 Maybe this is why the census enumerator had to ask the neighbors about your ancestor.

“In this illustration by Rose Cecil O'Neill (1874-1944), a timid census-taker queries Mrs. Grogan, the overbearing, pipe-smoking lady of the house, in her husband's absence. Asked for her husband's full name, she mocks Mr. Grogan's claim as head of household. Her ample size visually reinforces the point. A pioneering woman illustrator and author, known best as the creator of the Kewpie Doll, O'Neill produced hundreds of illustrations for Puck, some of which, including this scene, made fun of the magazine's largely male readership.”