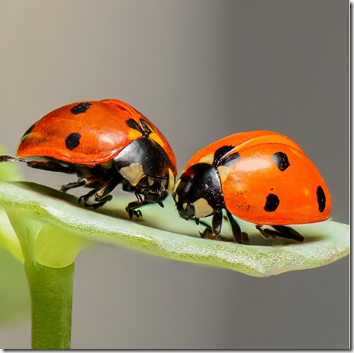 For years people have told me that there are bugs in Ancestry’s search. It was returning something it shouldn’t. But each time they sent me an example, I found the search system was working as intended. It was displaying results that partially mismatched because other parts matched so strongly. There was a distinct possibility it really was the person you were looking for, albeit you might have provided a little bit of incorrect information, or the record itself contained a little bit of erroneous information. Now whether you agree or disagree with that approach, the fact remains, the system was working as Ancestry intended it to work.

Another scenario users experience is that the library version returned different results than the home edition. I haven’t bothered to track that one down, but I don’t believe it. It would require adding special code to handicap one or the other. There is no incentive for them to add extra code that would lead library users to believe Ancestry works poorly. If you experience this phenomena, chances are more likely that you have the filters set differently between the two.

Another phenomena users experience is that they perform the same search twice in a row and once it returns less results. When I instruct them to try it several more times, it always returns the greater number of results. This is not a bug in their code, although I suppose it should be considered a bug in their architecture. Years ago Ancestry met with bloggers and explained that their search system divided up global searches among several computers. The search system took the results from the several computers and assembled them for presentation to you. This architecture had two ramifications. The several computers didn’t all finish at the same time and the order they completed was not fixed, resulting in the search results being in a different order each time. I don’t know if they still have that architecture, but if they do, it explains why once in a great while a search returns fewer results than it does every other time you run it. What happens is that one of the computers assigned part of the global search completely failed. It’s results were never returned to you.

Still, the specter of an elusive bug persists.

Well, I think I finally have evidence that the bug exists.

If you perform this search, the only result is Thelma I Raymond (shown below). 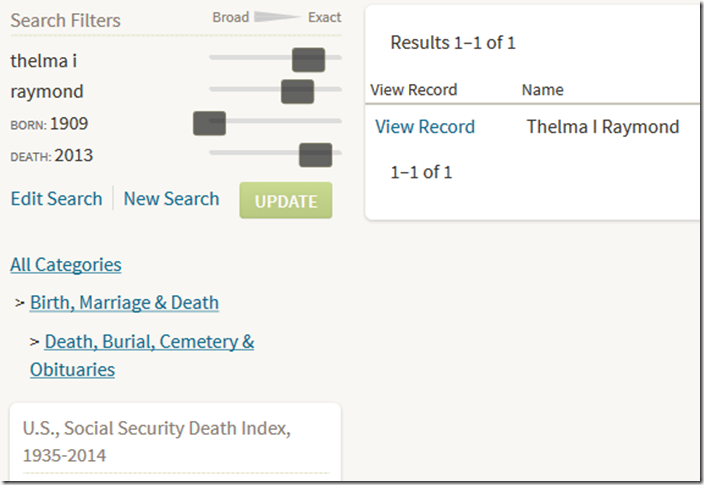 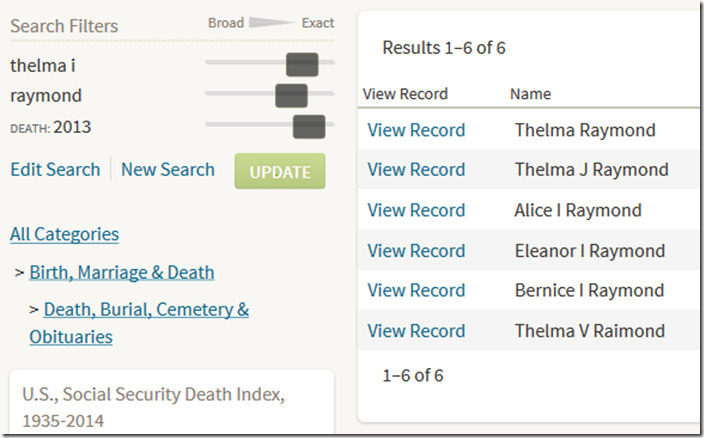 I don’t believe this is the intended behavior. That makes it a bug. So if you have long believed you’ve experienced erroneous results, you may be right.