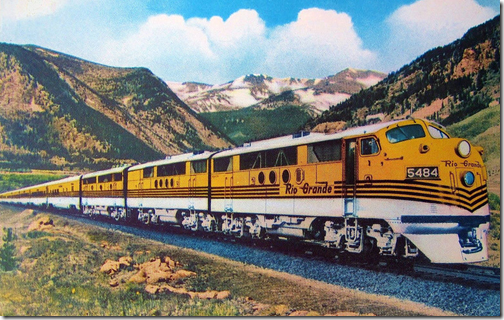 Christine Edwards submitted this tale of serendipity to my RootsTech contest. Thank you, Christine!

I was staying for a week at a small hotel in downtown Salt Lake City and spending my days at the Family History Library. On Friday I came down for breakfast late, considering what I wanted to work on that day. In walked a stranger who sat down in the next booth. We chatted for a few minutes and it was obvious the woman had an English accent. Joy had been in Mexico and was on her way to Denver by a series of trains. She decided to stop over for only one night at a youth hostel in Salt Lake. She didn’t like the looks of it, so she had the taxi operator drive her around downtown Salt Lake City looking for a hotel that appealed to her. She finally checked into my hotel about midnight the night before.

Here comes the serendipity. Since I was born in England, I mentioned her accent and asked what part of England she came from. “Totnes,” was her answer. “Oh, I’ve been there,” I responded. “I have distant relatives close by. In fact, I have relatives and ancestors from all over Devonshire.”

“Oh, really,” she responded. “What are their names?”

She didn’t say anything, just bowed her head. Then she spoke softly, “I’m a Legassick.”

Yes, she is my third cousin! We ran to a computer and found ourselves on the same family website. I spent most of that day with her and took her to the train station at night so she could continue her journey to Denver. Since then I’ve visited her in Plymouth and she has introduced me to other cousins.

I called it serendipity.  My sister called it a blessing.