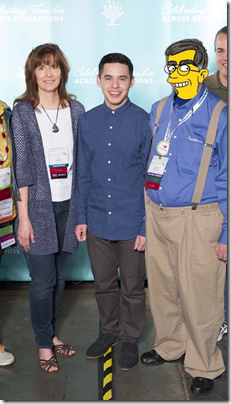 David Archuleta performed at the RootsTech/FGS2015 closing social and a host of amateur videographers caught virtually ever moment. His segment opened with a Spanish-language song and video commissioned by the Church of Jesus Christ of Latter-day Saints to inspire Latino youth to seek out their family history. I haven’t found it posted officially, but you can see it on YouTube. [3:30pm NOTE: FamilySearch is asking YouTube to remove the video, so I've removed the link. The Church will post an official version later on its Latin American websites. --TAI] 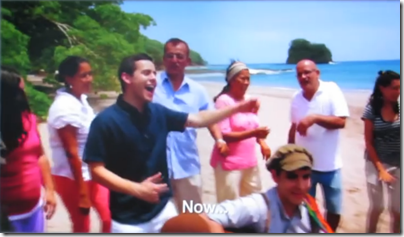 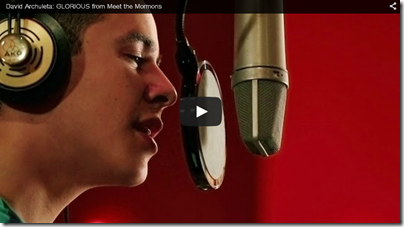 I got a picture backstage with David. You can see it above, right. I am (apparently, the only fat one) with David and Lynn Broderick, blogger at the Single Leaf blog and guest blogger at FamilySearch.org.

Read a recap of the evening’s performances in the Deseret News.