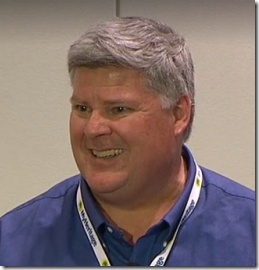 At RootsTech last month Ron Tanner spoke about FamilySearch Family Tree and its future. Tanner is a product manager for FamilySearch.

Tanner first gave some history of Family Tree. In 2007 Tanner took part in a tiger team discussing what could be done different than New FamilySearch. They analyzed feedback and put together the “genealogy workflow.” He showed us a very detailed chart of the results of their research. 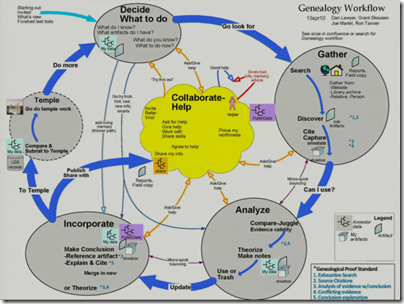 In March 2008 at the BYU Family History Technology Conference Tanner discussed the concept of an “Open Edit and Source Centric User Model for Family History.” You can see the paper and slides he presented here:

By April 2010 they had an internal prototype working. In February 2011 they launched an initial Family Tree pilot and invited selected sets of people to try it out. In October 2012 they released Family Tree to New FamilySearch users and in March 2013 they released it to the public.

Congratulations, Family Tree. You’re two years old, Tanner said. He then joked about user complaints that they change Family Tree too often. “We release Family Tree three times every day, so you better stay on your toes!”

Tanner said he doesn’t normally show the following numbers, but wanted us to know where things are at. 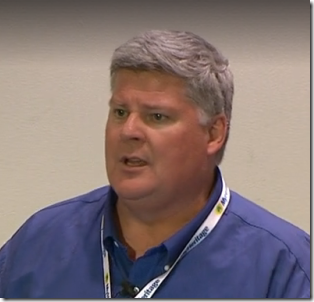 For more information, watch the presentation yourself on the RootsTech website. The URL is currently http://rootstech.org/video/4054729365001.