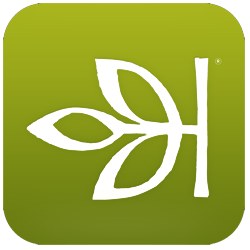 While the FamilySearch dinner was a huge affair, Ancestry.com kept their blogger meeting very intimate. Just a few of us gathered around a breakfast table. That gave us an opportunity to ask some questions and give some feedback. It was pretty low key. Three people from Ancestry.com hosted: Tim Sullivan, Ancestry.com president and CEO; Eric Shoup, executive vice president of product; and Heather Erickson, senior director of corporate communications.

Ancestry.com has an embarrassment of riches. They have so many records, it’s amazing. Tim talked a little about the content sharing agreement with FamilySearch. He said they have pitched the idea for many years and are happy to see it come to pass. Ancestry.com is not very concerned with FindMyPast and MyHeritage also getting copies of the data. He said it is great what FMP and MH are doing. Because of the amount of data Ancestry.com holds exclusively, FMP and MH are not affecting Ancestry.com’s growth. I think it shows just how big the market is. Heather added that as part of the FamilySearch agreement, Ancestry.com will be publishing a billion records from the FamilySearch vault. My notes are unclear—and my memory’s even worse, but I think she said Ancestry.com will have that content exclusive of FindMyPast and MyHeritage. Tim was also excited with a joint project with FamilySearch to index and publish millions of records from Mexico. And they are excited about the probate project announced at RootsTech last year.

Ancestry.com has Mexico and Germany high and their list for market expansion. Tim made the point that before you can start marketing, you must first have the site features and the content.

Tim said that Ancestry.com has thought about implementing a single-tree like FamilySearch uses for New FamilySearch and for Family Tree. They’ve decided that the data model is too problematic. Of course, they have some actual experience with One World Tree (OWT), which has quietly disappeared. Frankly, they could have done it loudly and no one would have cared, except maybe to applaud. The challenge, Tim said, is to build something that exists under the covers that aggregates in some fashion member trees. It would be a dynamic model in which they didn’t do any merging in a permanent way. By “under the covers” I assume that means it wouldn’t be exposed to users. If they can make that work, it could be a great dataset to marry with their DNA data. And it could be used to calculate relationships between you and famous people. (“Did you know you are related to President Obama? You are the third cousin seven times removed to the spouse of his second cousin, six times removed!” OK. That doesn’t sound as cool as it did in my head.)

Tim said that integrating DNA results into the main search experience is a big area of focus, but won’t be ready in 2014.

There was a lot of discussion about degree of confidence and the challenge of measuring the quality of a tree. Ancestry.com is in the early stages of a pilot on education and site training to the masses at scale. He differentiated between training, which is focused at site usage, and education, which is designed to help people learn how to do genealogy.

It was a great, productive meeting. Thank you, Ancestry.com.