As described by the RootsTech website, “A.J. Jacobs is an author, journalist, human guinea pig, and cousin.” He is the author of four New York Times bestsellers that combine memoir, science, humor and a dash of self-help. He is the editor at large at Esquire magazine, and a commentator for NPR’s Weekend Edition Saturday. He has given three TED talks with nearly three million views combined.

And he is organizing a family reunion for everyone related to him.

No matter how distantly.

And yes, that means everyone. For “we are all cousins.” 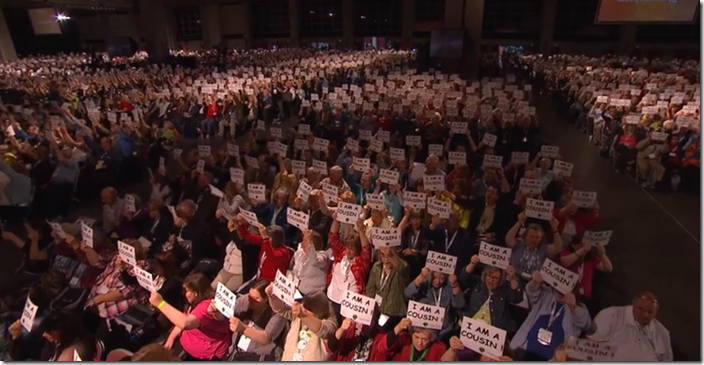 Jacobs was a hoot. We laughed and laughed. Take for example, the time an adulterer in New York City’s Central Park stoned  him with little pebbles. He—Jacobs—was dressed up like a biblical prophet at the time, complete with full beard and bleating sheep from Rent-a-Sheep. (Long story.)

The Global Family Reunion is an outgrowth of an email he received out of the blue. “You are my twelfth cousin,” it said. He thought the next line was going to be something about a Nigerian bank account. No. It turned out to be a man with no other agenda than to enjoy the fact that they were related. They were cousins. He was intrigued. He decided the idea was positive and optimistic.

“For the next month all I did was explore my family tree, going up and down, finding cousins,” he said. He started putting in famous names. He put in Gwyneth Paltrow and found she is his wife’s first cousin once removed’s husband’s nephew’s wife’s third cousin once removed. Barack Obama is his aunt’s fifth husband’s father’s wife’s 7th great newphew. The fact is, scientists say that the entire population of the earth is no more than 70 degrees apart. 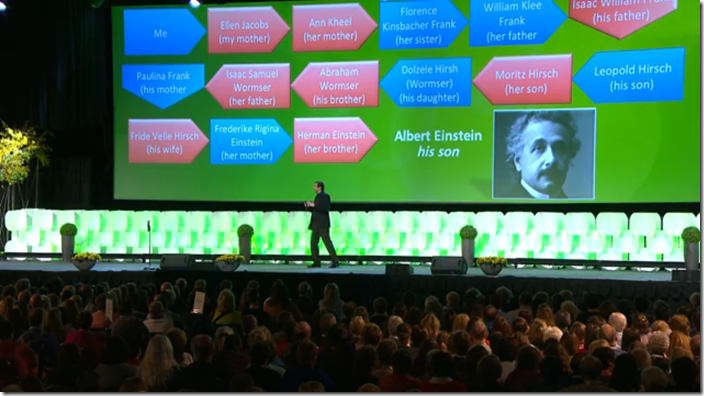 He showed a series of photos of famous people standing with him, holding a sign reading “I am a cousin.” 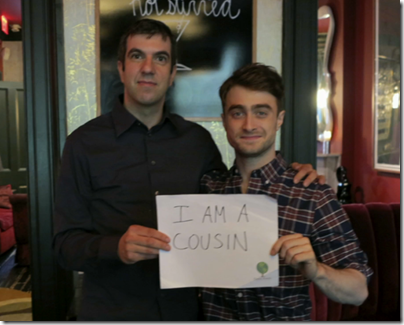 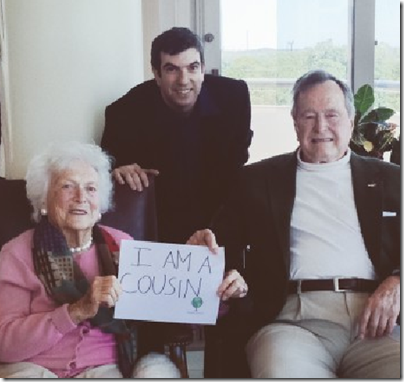 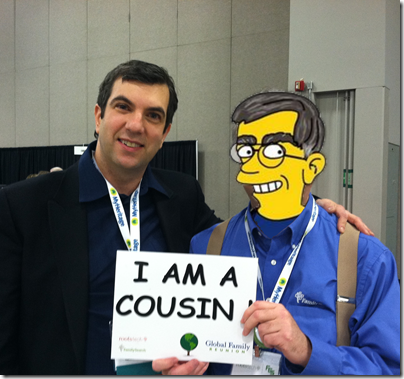 “So my hope is, and I know it’s idealistic, that when people realize how closely we’re connected, they’ll treat their cousins with a little more kindness and tolerance,” he said.

“I love this idea that we’re all related and we do have common ancestors, and not that far back. I hope it will be bad news for bigots. I’ve got news for them. They’re pretty close cousins to whatever ethnic group they happen to hate.” It was a powerful message.

Having found so many cousins, what was the logical thing to do? Organize a family reunion! And we are all invited.