All my notes gone.

You’re stuck with some general impressions—and lots of screen captures.

This is RootsTech. I do remember that, despite my bad memory and despite the loss of my notes.

The session started with a video titled “Who Inspires You?” Watch it yourself on YouTube. 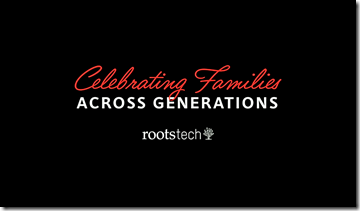 The theme this year is “Celebrating Families Across Generations.” 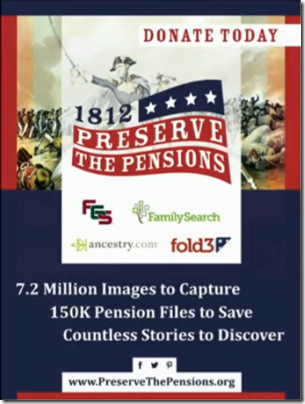 Josh Taylor, president of the Federation of Genealogical Societies took a quick minute. He was accompanied by his costars of The Genealogy Roadshow, Mary Tedesco, and Kenyatta Berry. They gave a progress report on the Preserve the Pensions project. If you aren’t aware of this project, you should be. 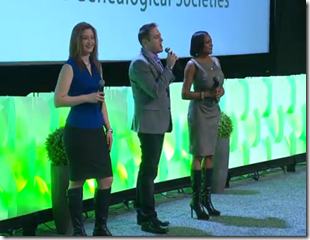 Taylor’s comments mirrored the introduction on the project website:

The Pension Records from the War of 1812 are among the most requested documents at the National Archives. Unfortunately, these fragile documents are in urgent need of digitization. In support of this monumental task of digitizing 7.2 million pages, Ancestry.com has provided a dollar for dollar matching grant, so every dollar you contribute will make four more pages accessible and free for everyone.

He reported that they have broken the 50% milestone! Visit the Preserve the Pensions website to donate. 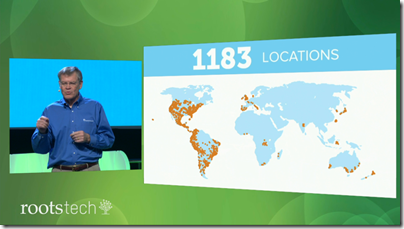 FamilySearch CEO, Dennis Brimhall gave the first of three keynote addresses. He announced that as of this morning the number of RootsTech registrations was 21,927. All states are represented this year except for West Virginia. Every year there has been one missing, but it has never been the same. The number of vendors in the exhibit hall is up to 170. After the conference, RootsTech-associated family history fairs are held around the world. Last year, 1,183 such events were held. Below is a photo of a fair held in Nigeria. 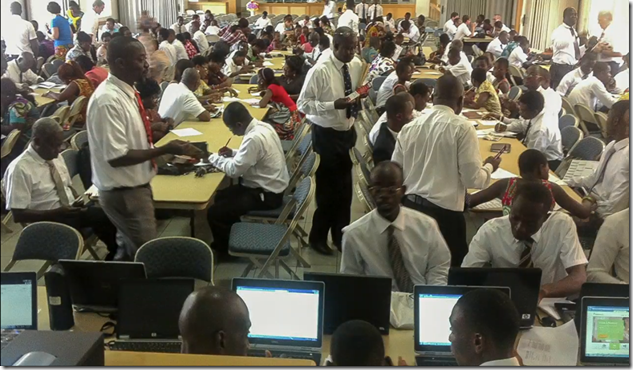 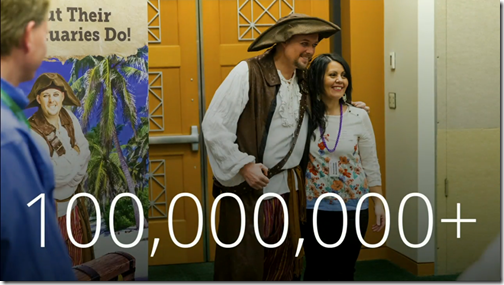 Dennis gave a report on the FamilySearch initiative to index obituaries. Last year, Captain Jack Starling joined him onstage to introduced the initiative. This year Dennis reported that volunteers had indexed 100 million names. He said that Captain Starling would be proud. There were 319,000 indexers. On average, they indexed 1.3 million names every day.

Dennis said that FamilySearch is working with partners to digitize, index, and publish new record collections. These collaborations produce more records, more quickly. FamilySearch is currently partnering with Ancestry.com on the following projects. (Thanks, Randy, for the list.)

With FindMyPast, FamilySearch is doing

MyHeritage and FamilySearch are partnering on

He next demonstrated the new Discovery Center experience, which he called, the “Museum of Me.” 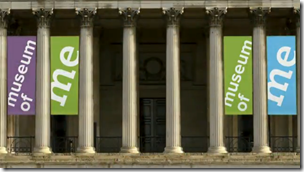 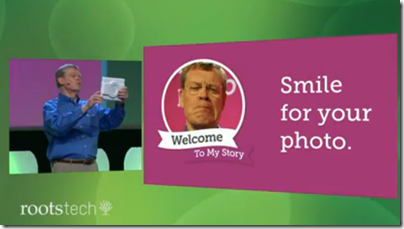 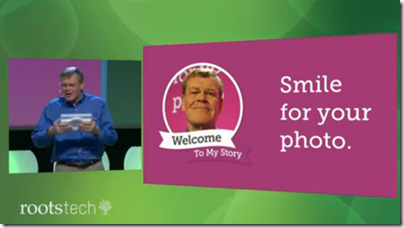 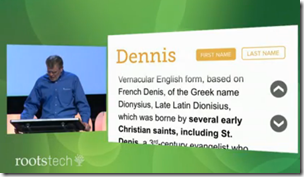 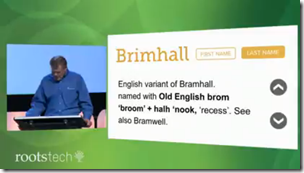 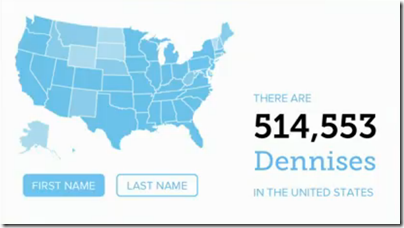 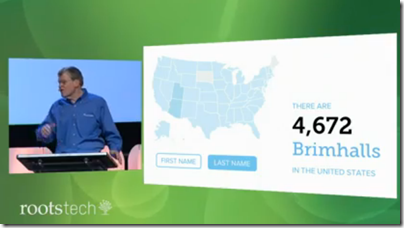 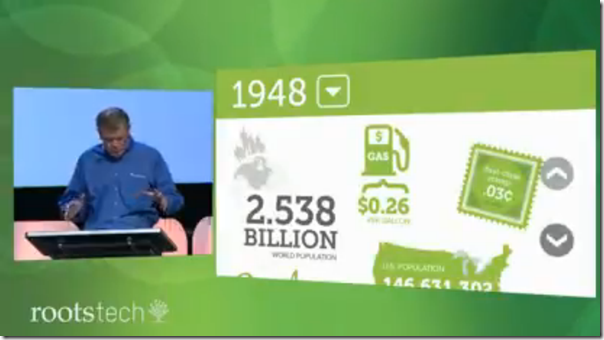 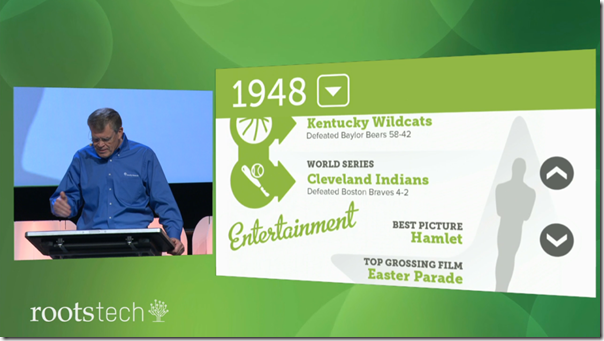 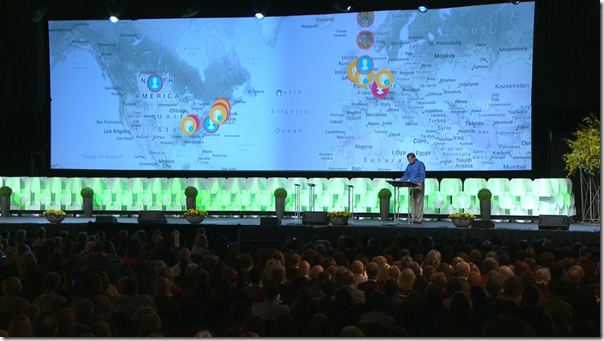 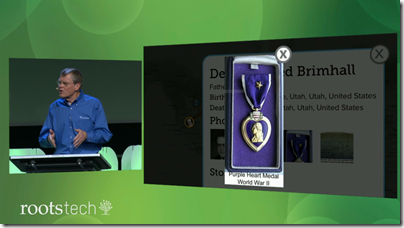 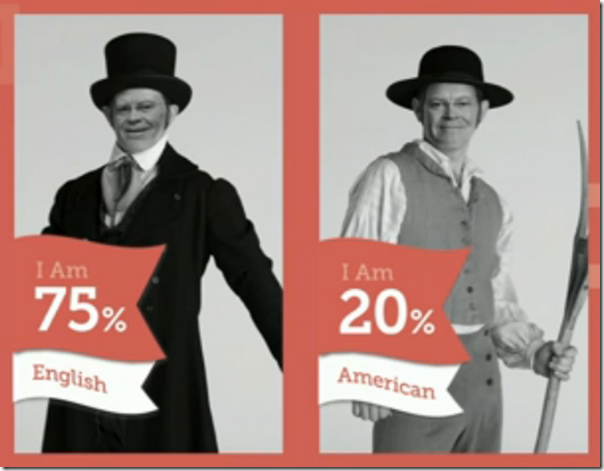 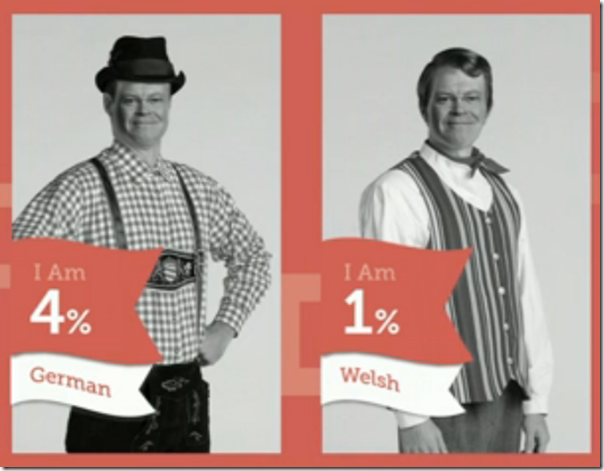 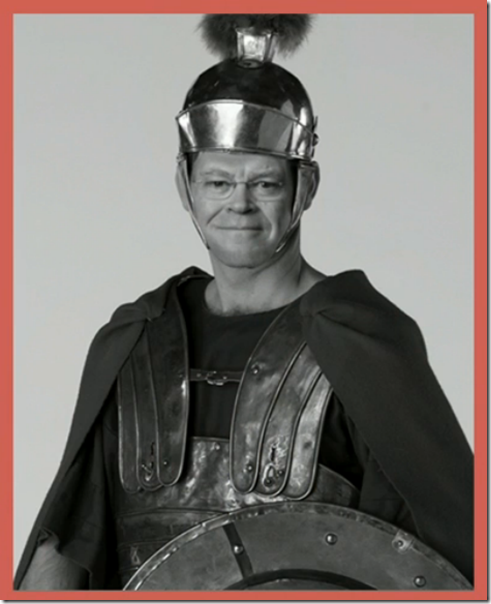 That is the “Museum of Me.” Well, actually, it’s the museum of Dennis Brimhall. To build your own museum, bring your family to the Salt Lake Discovery Center. (To make an appointment, visit https://familysearch.org/discoverycenter.) FamilySearch will open a discovery center in Philadelphia. They are looking for a place in London. And they will soon open a small center in Seattle.

Whew. I bet you’re glad I lost me notes. How much longer could that have been? Well, the loss of my notes actually will affect the rest of my report. 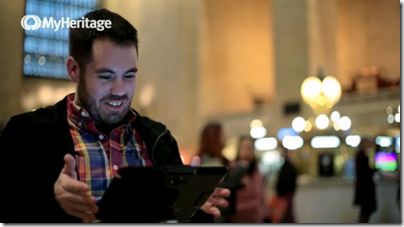 Dennis was followed by Mike Mallin, chief product officer for MyHeritage. During his presentation, Dennis had shared a video commercial produced by MyHeritage. (See “Introducing Instant Discoveries™ by MyHeritage” on YouTube.) 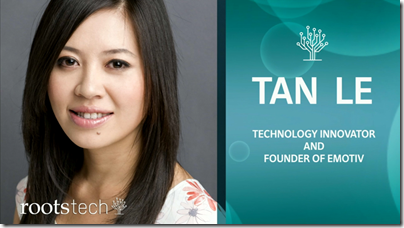 The final keynote of the opening session was Tan Le. She told a story of hardship, heartbreak, fortitude, survival, and triumph. She escaped Vietnam with her mother as a small girl. Her earliest memory was the stark and frightening escape on a boat. The boat became a metaphor of strength acquired through adversity and perseverance.

Watch the video when it is posted on RootsTech.org.

That’s it for the first keynote. See you tomorrow.