“Who Do You Think You Are? Story” at #RootsTech (#RTATEAM) 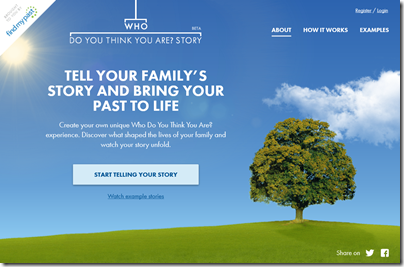 ian Tester of Findmypast addressed one of the luncheons at RootsTech. His topic was the “Who Do You Think You Are? Story” website of Findmypast. One of the most common comments made in response to the TV show, Who Do You Think You Are? (WDYTYA) is, “I would love it if I could have my own episode.” The WDYTYA? Story website—to some small degree—was designed to do just that.

After putting in a few facts about yourself and a couple of ancestors, the website produces a short episode about you and those ancestors. It adds music (nice at first, but the 20 second snippet becomes obnoxious after hearing it endlessly), animation, and historical facts. The more photos and information you add about your ancestry, the fuller the episode becomes.

The target audience is the non-genealogist. Not surprisingly then, feedback from one genealogist stated, “This is of absolutely no value to the serious genealogist.” The website:

It took just 12 weeks to bootstrap the website—still marked as “beta.” Findmypast learned some things from the experiment. Many people watch TV now with a tablet on their laps. The WDYTYA Story website was seven times more likely to be accessed via tablet than desktop. The age group 25-55 liked it better than other age groups.

For an example, see an episode about Josh Taylor. 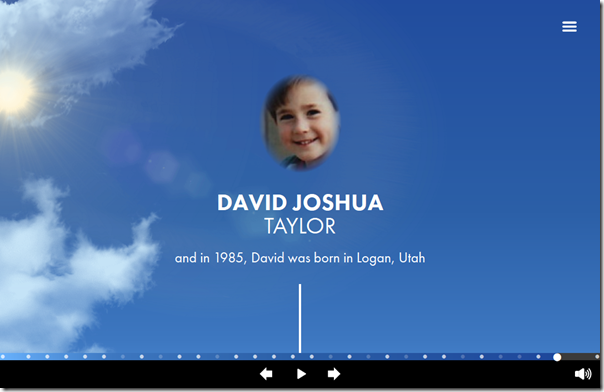 Tester said that he carries his episode on his phone, ready to share with family.

Findmypast’s director of family history, Josh Taylor, was a RootsTech keynote speaker. For a little about his presentation, visit