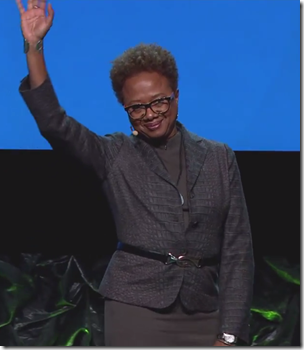 “One of the reasons I am here is to let you [genealogists] know, from one person’s experience, how you have changed my life,” said Paula Williams Madison during the opening keynote session at RootsTech 2016. Paula is a retired executive from NBCUniversal and parent company, General Electric. She was named one of the “75 Most Powerful African Americans in Corporate America” by Black Enterprise magazine in 2005.

When she says that what we do has changed her life, she is not exaggerating.

Not long after her retirement in 2011, Paula began to wonder about her Chinese ancestry. “Chinese family?!?” This obviously African American woman doesn’t look Chinese!

Paula had promised her mother, Nell Vera Lowe, to seek out her Chinese family. Nell’s parents, a Hakka Chinese shopkeeper in Jamaica named Samuel Lowe, and a black Jamaican woman named Albertha Campbell, had become estranged when Nell was only three.

To try and learn more about her grandfather and the Hakka people, Paula traveled to a Hakka reunion in Toronto in the spring of 2012. A genealogist there suggested she consult FamilySearch.org. She went to the site, typed in all she knew about her grandfather, and up popped Samuel Lowe on a passenger list. There he was.

A search that she expected to take quite some time, started to move very quickly. In August of that same year, she was on her way to China to meet newly discovered aunts and uncles who had had no idea that Nell had even existed. Perhaps to steel her for disappointment, her husband asked her, “What do you expect to happen when they meet you?” She didn’t know what to say.

“You know you’re black,” he told her.

“I knew that I was a Lowe and they would want me as much as I wanted them.”

“It never would have been possible, except for you,” she said, motioning to us in the audience. “You got the ball rolling and in less than six weeks I was no longer floating. When that happened, my mother was claimed.” 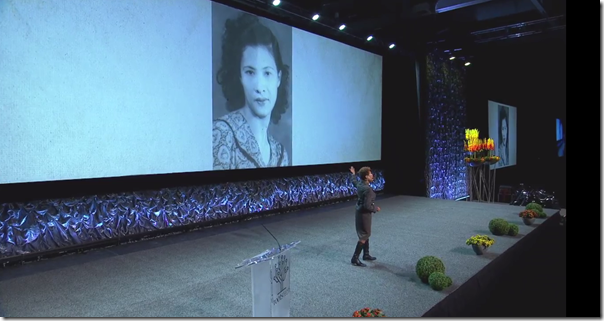 Paula introduces us to her mother.

Paula has written a book and produced a documentary about her experience. For more information, visit Findingsamuellowe.com. Watch Paula’s keynote address on YouTube.