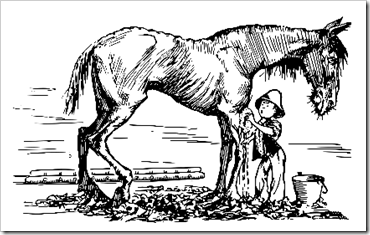 In 1970 The Church of Jesus Christ of Latter-day Saints had no temples in Washington state, so groups would make the long trips to Idaho Falls or Oakland, California. On one such trip to Oakland, Bill Ward discovered, to his delight, that there was a genealogy library (what we call a FamilySearch Family History Center, today) adjacent to the temple. So while the rest of the group went over to visit Fisherman’s Wharf in San Francisco, Bill was going to take advantage of the opportunity to research his family. His good friend, Paul, had looked forward to the side excursion to the wharf, so wondered why Bill was not going. When Bill told him he was going to the genealogy library, Paul felt prompted to do the same. But that would mean not visiting Fisherman’s Wharf, as he had planned.

Bill wasn’t all that excited about Paul joining him. Bill was pretty new at genealogy himself. If he had to help Paul, he really wouldn’t be able to do any of his own research. This was years before computers made simple census searches lightning fast. Finding just one name in the census could take hours. But doing the right thing, he said, “Sure. Come along.”

As they entered the center, Bill noticed the consultants at the reference desk. He seized the opportunity and pointing Paul in the direction of one of them, said, “Go over to that woman and tell her what you want to find and she’ll help you.” Then he slipped off into the book stacks.

She said, “Well, what do you know about your family?”

He said, “Well, you know, we have a family tradition in our family that my grandfather rode into town on an old white plow horse at about age ten and would never, never talk about where he came from.”

The woman sat straight up in her chair and she said, “We have a family tradition in our family that when he was ten years old, our uncle took the old white plow horse, rode out of town and was never seen again.”

Bill found absolutely nothing new at the library that day, which is poetic justice. But Paul and this woman indeed were cousins and she extended his line considerably. It was a great find for Paul.