Several of you have written in comparing image quality among the vendors. Before I compare the vendors, I want to first take a look at what they started with from the National Archives and Record Administration (NARA).

In short, I consider the NARA images to be substandard in almost every way.

A spokesperson from Archives.com confirmed that when you download a high-resolution image from the NARA website, you are getting an original image as delivered to all the vendors. All of the following snippets are taken from such a high-resolution copy of the page from last week's viewer comparison.

It is evident from imperfections in the images that NARA scanned them from microfilm. I don’t know if the originals exist—probably not—but it would be too expensive to scan them in any case. As is evident in the image below, some of the imperfections are large enough to obscure parts of written information. The hair-like imperfection on the right is troubling for another reason that I will explain in a moment. 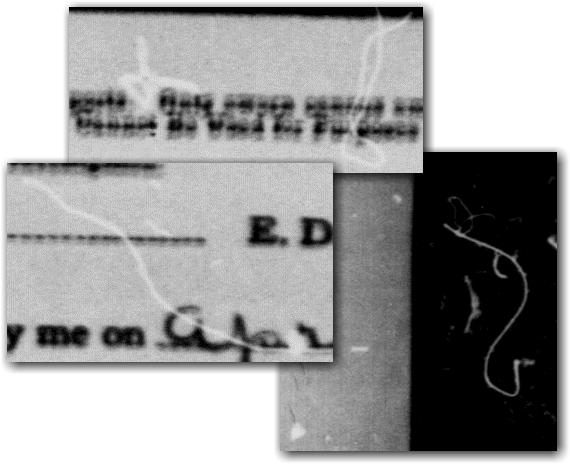 Did NARA digitize the best copy of the microfilm that they have? From what I can remember about other years, the quality of this microfilm is the worst. (I’m ignoring the long vertical lines scratched into films by microfilm readers.)

Consider the column headers shows the out. The headers below left were scanned by FamilySearch from the 1930 census. Compare to the headers on the right scanned by NARA from the 1940 census. 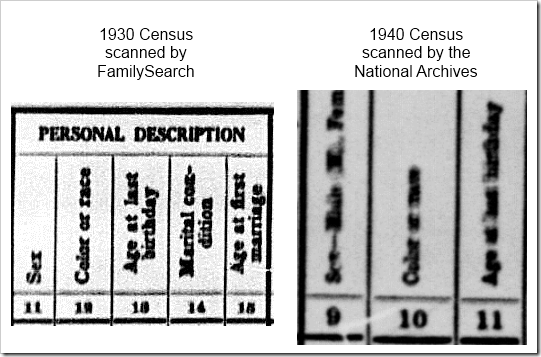 The image below shows a double exposure. Notice how the signature line is doubled. This might have occurred when the form was printed, leaving the form blurry before the enumerator received it. However, Lapriel Hyers’s signature is also doubled. The form must have been fine.

The double exposure may have occurred when NARA digitized the microfilm. Maybe the scanner did not hold the film motionless while this part was digitized. NARA may have used substandard microfilm scanners or the scanners may not have been properly maintained or operated.

As I’ve indexed batches from all across the country, I’ve found all are out of focus to one degree or another. And the focus varies as you go down the page. Consider the header of column 15 shown below. The top is focused pretty well, but the farther you go down, the worse the focus gets. 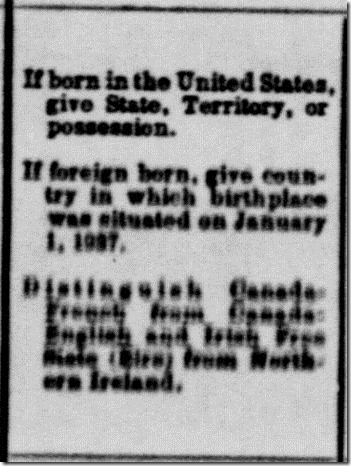 If that is the case, we are stuck with the low quality images forever.